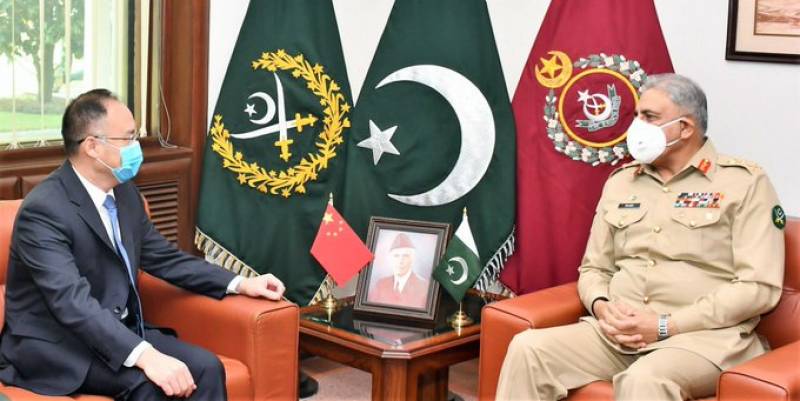 In a tweet, the Inter-Services Public Relations (ISPR) said that matters of mutual interest including regional security came under discussion in the meeting.

"They also noted exceptional relations between both countries and pledged to further improve the same," the ISPR statement added.

The visiting dignitary acknowledged and appreciated Pakistan’s contributions for conflict prevention in the region.