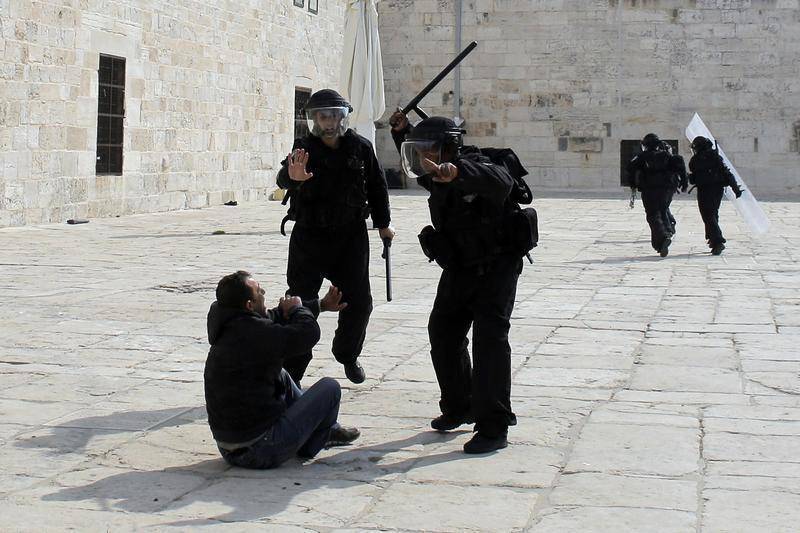 GAZA (Web Desk) - At least three people have been killed and another dozen were left severely injured when Israeli soldiers Friday opened fire at enraged crowd for 'throwing stones' on the occupational forces in Gaza.

According to Gaza's Health Ministry the all three people died due to the shots their received in vital organs.

The situation remains tough in the Gaza strip following the firing incident.

The Israeli forces have been given the mandate by Israeli government to open fire at anyone who attempts to throw rocks at them during patrolling.

Meanwhile Gaza-based Hamas leader Ismail Haniyeh applauded the recent Palestinian stabbing attacks across Israel at a speech in Gaza Friday morning and called the surge in violence an "Intifada" or uprising.