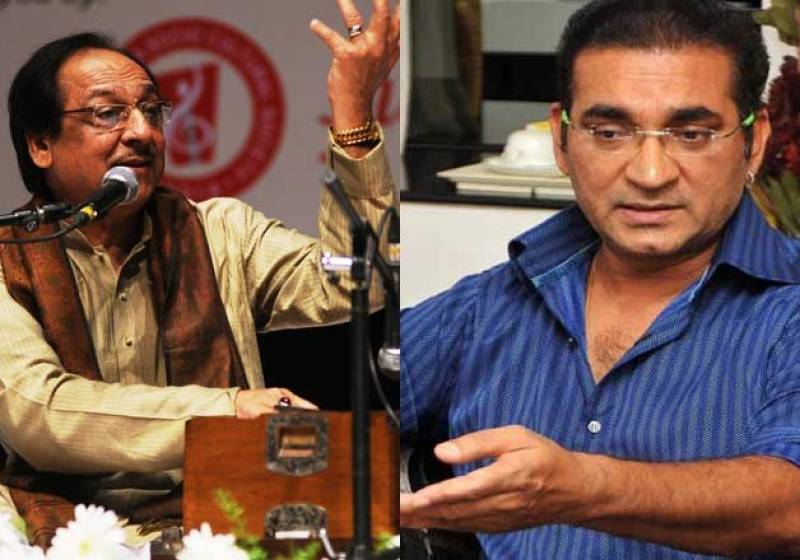 MUMBAI (Web Desk) - India's controversial hardliner Hindu singer Abhijeet has courted another controversy, this time related to the legendary ghazal singer Ghulam Ali Khan. He called the Pakistani ghazal singer a ‘dengue artist’ from a ‘terrorist country’ in a post on Twitter.

As a tribute to ghazal maestro Jagjit Singh, Ghulam Ali was scheduled to perform at the Shanmukhananda Hall in Mumbai. But unfortunately, the show was cancelled by Shiv Sena who termed its act as ‘national duty’.

The incidence caused great pain to Ghulam Ali who said that he is deeply hurt and saddened by this act.

However, the legendary singer was later invited to Delhi and Kolkata by their respective Chief Ministers for a performance.

Here is what he tweeted:

I m a proud Indian 1st then an artist, Can't bear d pain seeing our Jawans dying every day in borders & terrorism https://t.co/jGW5mQm6Yh

Ghulam Ali was 2 perform in commemoration of Indias beloved Jasjit Singh in gesture of goodwill.Ok 2talk tough with Pak Govt not its artists

We live in an age of Micro Aggression ! Some of us regularly get abusive messages from various groups which are set up to scare us!