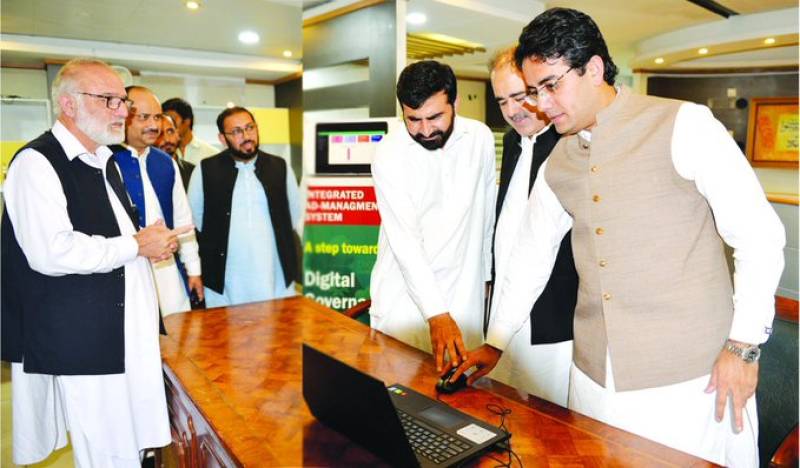 PESHAWAR – Khyber Pakhtunkhwa's Information and Public Relation Department on Friday took a leap forward towards digitalization by introducing the first ever online advertisement system in Pakistan.

After inauguration, Kamran Bangash in a brief chat with the media said a digital system has been in placed to receive online advertisements, processing and its release.

The development, he said, was a leap forward towards transparency and modernization in the advertising sector.

This is a huge step by @KPGovernment towards true e-governance under @IMMahmoodKhan by facilitating the media & all line departments in this regard.We aim to perform with austerity in every field and such digital developments exemplify our true commitment to our cause.
3/3

The process of advertisements in the government sector was being upgraded at par with requirements of the modern era. The software, he informed, has been prepared by the Information Technology (IT) Section of the Information Department.

Bangash said preparing this software without any cost was the best example of austerity and seriousness of the government to save extra expenditures.

He said the people will now have easy access to government advertisements while the client departments and newspapers would be allotted limited access to this system.

Most of the affairs of billing and payments would now be dealt with through this online system, he said and added all the records would be saved digitally through an automated system.

The CM's aide confidently said that the Information Department will completely be digitalized. Under the headship of Chief Minister, Mahmood Khan, he added cogent efforts were on to make the E-governance system possible.

He said the KP government was doing its best to facilitate the journalist community. "We were moving forward towards good governance through E-governance."

Bangash added that KP could also provide technical assistance to other provinces in this regard adding the performance of KP Information Department was praiseworthy.