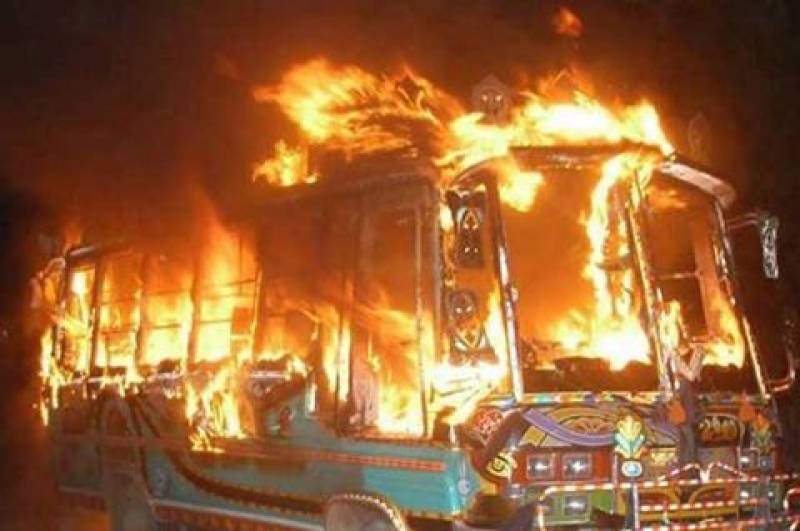 KARACHI (Web Desk) - Arsonists responsible for setting a total of six vehicles ablaze, including public transport buses, in Karachi were members of Muttahida Quami Movement according to senior police officials.

Additional IG Sindh Mushtaque Meher while talking to Samaa News confirmed that the miscreants belonged to the same party that lost the PS-127 bye-election yesterday.

The arrests were made after multiple incidents of violence annoyed citizens raising eye brows of law enforcement agencies. A few hours after claiming to have found a trace to those involved in arson, police officials caught three of the guilty in a raid in Karachi’s Bhains Colony.

The report revealed that all three belonged to the Mutahhida Quami Movement party in Karachi adding that the miscreants were responsible for setting a bus on fire in Landhi’s Labour Square on Thursday evening.