Pakistan stands among least innovative countries in the world 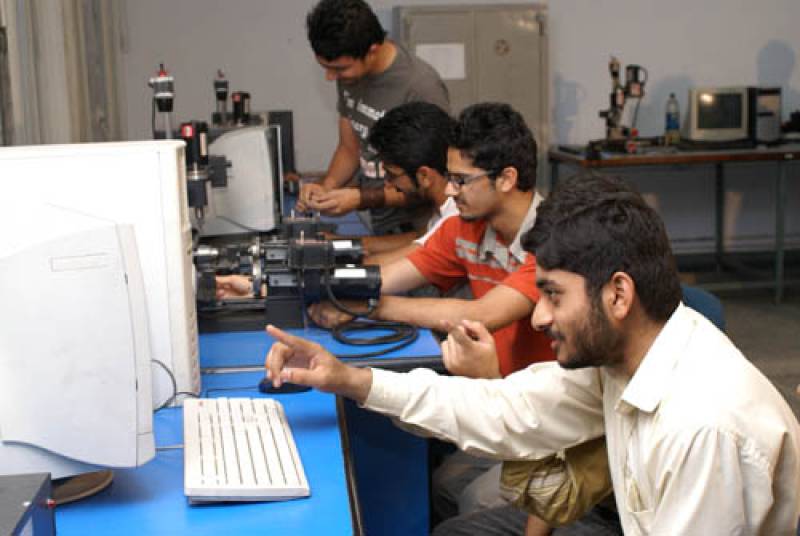 ISLAMABAD (Web Desk) - Although many around us keep on saying that Pakistan is full of innovative talented youth seeking a platform only but a latest report has refuted such claims by declaring that Pakistan stands among least innovative countries in the world.

According to the Global Innovation Index (GII) 2016, co-published by Cornell University, INSEAD and the World Intellectual Property Organisation, Switzerland is the country most innovative while Pakistan was ranked 119 of 128 countries surveyed. 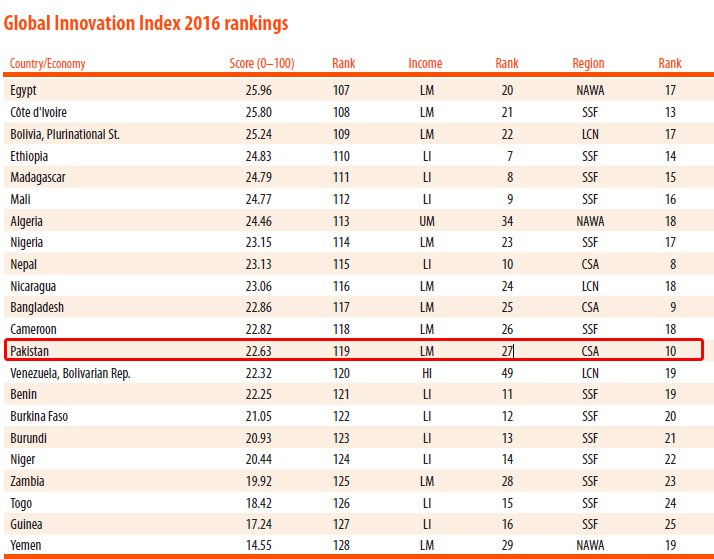 Last year, Pakistan stood at 131 although the number of countries surveyed then was 141 relative to the current rank of 119 among 128 countries. Meanwhile, the country’s overall score fell slightly from 23.07 in 2015 to of 22.63 this year.

Pakistan's arch-rival India topped the region with a rank of 66 in 2016 up from 81 last year. Nepal that was ranked lower than Pakistan also rose to 115 in the rankings.

The reason for the dismal performance is the reply of Ministry of Science and Technology to National Assembly (NA) in February that less than two per cent of Gross Domestic Product (GDP) was being spent on research and development.