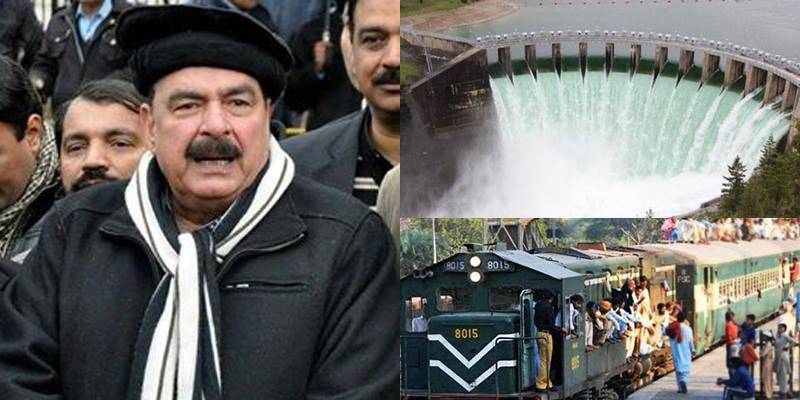 LAHORE - Federal Minister for Railways Sheikh Rashid announced on Saturday to provide Rs100 million annually for the construction of dams as a contribution from Railways.

“Fares have been raised for the sole purpose of donating Rs100 million yearly to the PM-CJ Diamer-Bhasha and Mohmand Dams Fund,” said the railways minister while addressing a press conference at the Pakistan Railways Headquarters.

“On Rs100 ticket the ministry will charge Re1 extra and Rs2 on more than Rs100 ticket. For air-conditioned sleeper coaches, the fare will be increased up to Rs10,” the minister said.

The federal minister expressed that two committees have been formed to maximize the performance, adding that railways project under the China-Pakistan Economic Corridor (CPEC) would be re-evaluated by an evaluation committee of the department.