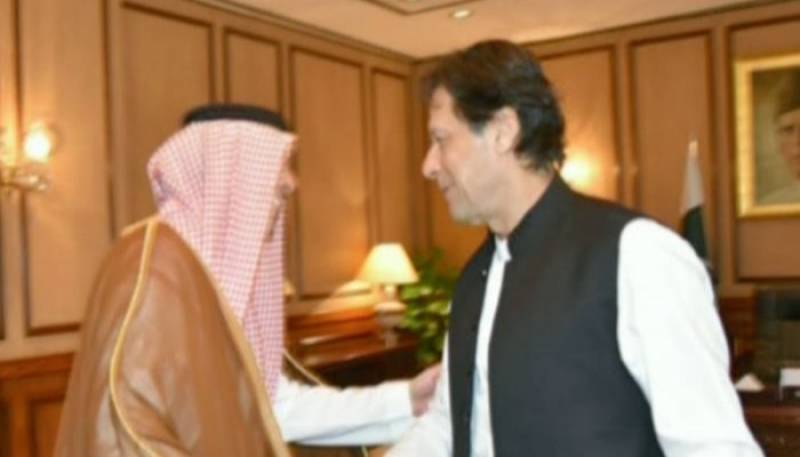 Foreign Minister Shah Mahmood Qureshi, Minister for Information and Broadcasting Chaudhry Fawad Hussain and the secretary of foreign ministry were present during the meeting, PM office media wing in a press release said.

On the occasion, FM Qureshi stressed for enhanced economic relations between Pakistan and Saudi Arabia. The foreign minister also invited Saudi investors to invest in Pakistan.