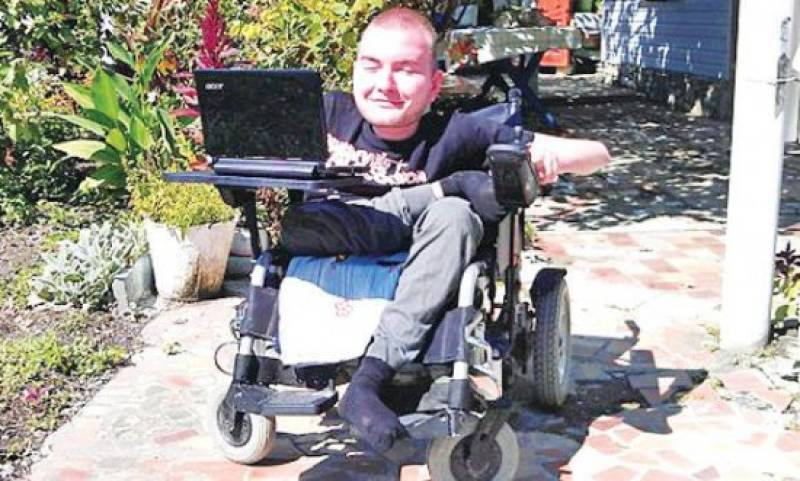 TURIN, ITALY (Web Desk) - A head transplant is something you’re likely to come across in a far-fetched sci fi movie, as in reality, as most doctors would tell you, it is medically impossible. But a Russian man suffering from a fatal condition is willing to put his faith in the dubious procedure. In a desperate attempt to gain a new, healthy body, he’s teaming up with controversial surgeon Dr Sergio Canavero, who claims he can cut off the man’s head and attach it on another body!

30-year-old Valeri Spiridonov has suffered all his life from Werdnig-Hoffman muscle wasting disease, a rare genetic disorder. Tragically, the disease has worsened every single day, ever since he was diagnosed with it at age one.

“My muscles stopped any development in childhood,” he told the media.

“Because of this, they do not grow and the skeleton gets deformed. The back muscles cannot support the skeleton.”

“I can hardly control my body now,” he added. “I need help every day, every minute. I am now 30 years old, although people rarely live to more than 20 with this disease.”

Having suffered for almost three decades, Spiridonov says he now wants a chance at a new body before he dies irrespective of the risks involved. So when he heard about Canavero’s research on head transplants, he decided that he was willing to give it a shot.

Spiridov contacted the Italian doctor from the University of Turin two years ago, after reading about his ambitions medical claims. “I offered myself to him to make this operation possible. We have never met and we just communicate via emails. For the past two years, we have been talking this idea through and planning the operation.”

“Am I afraid? Yes of course I am,” he said. “But it is not just very scary, but also very interesting. You have to understand that I don’t really have many choices. If I don’t try this chance, my fate will be very sad. With every year my state is getting worse.”

Canavero calls the procedure ‘HEAVEN’ - an acronym for head anastomosis venture. Anastomosis is the term used to describe the surgical connecting of two body parts. He explained that modern science already has all the necessary techniques to transplant a head on to a donor body. It involves severing the heads of both the donor and the patient at the same time, using an ultra-sharp blade for a clean cut. The patient’s head would then be placed on the donor’s body and attached using a ‘magic ingredient’ - a glue-like substance called polyethylene glycol. This glue is expected to fuse the two ends of the spinal cord together. 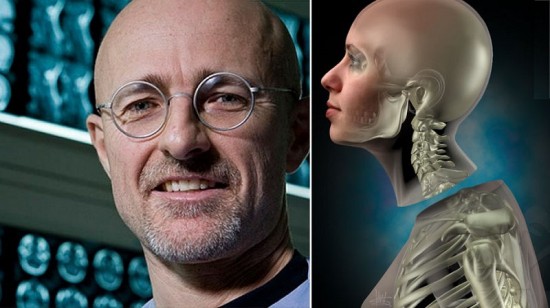 Later, the muscles and blood supply would be stitched up, and the patient placed in a coma for four weeks so that the head and body can heal together. When the patient wakes up, they should be able to move, feel their face and even speak with their original voice. In order to stop the head from rejecting the new body, powerful immunosuppressant drugs would be used.

The cost of the 36-hour operation is estimated at over $10 million, and the new body would come from a donor who is dead but otherwise healthy. So far, the doctor has failed to secure funding for the surgery itself and for the staff of 150 doctors and nurses required to complete it.

It sounds too crazy to be true, and critics say that Canavero’s plans are ‘pure fantasy’. Some doctors are comparing him to fictional character Dr Frankenstein, while others are simply calling him ‘nuts’. Most of them say that Canavero is ignoring the complexities of reattaching a spinal cord.

“I would not wish this on anyone,” said Dr Hunt Batjer, president elect of the American Association for Neurological Sciences. “I would not allow anyone to do it to me as there are a lot of things worse than death.” 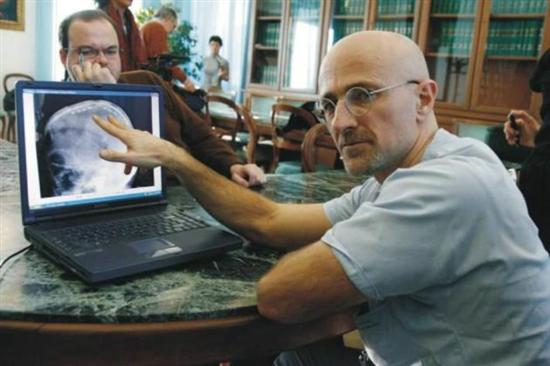 Canavero, however, seems oblivious to all the criticism, and is quite confident of completing the procedure. And with a patient like Spiridov, there’s a good possibility that he might end up conducting the surgery sometime next year. “If you want something to be done, you need to participate in it,” he said, adding that his family fully supports his outlandish desire to be the first human to undergo the surgery.

“I do understand the risks of such surgery. They are multiple. We can’t even imagine what exactly can go wrong. I’m afraid that I wouldn’t live long enough to see it happen to someone else,” he said.

Spiridov also explained that a head transplant is just as ethical as a heart or kidney transplant.

“At some point of time this was considered to be unethical as well. There was much talk about where the human soul is located, and if it’s ethical to do the heart transplants, but now doctors do it and save people’s lives.”

“What’s more, there’s already a lot of effort invested in this idea and that’s why it’s too late to back out. In the end it is like with astronauts. Before the first man we sent into space, 300 different scenarios of something going wrong were thought through but when he actually did it, it was the 301st scenario that happened.”

Interestingly, a head transplant procedure was tried on a monkey over forty years ago, with disastrous results. In 1970, Dr. Robert White transplanted the head of one monkey onto the body of another at the Case Western Reserve University School of Medicine. Unfortunately, the monkey died after eight days because the body rejected the head. The animal was unable to breathe on its own and could not move because the spinal cord was not connected.