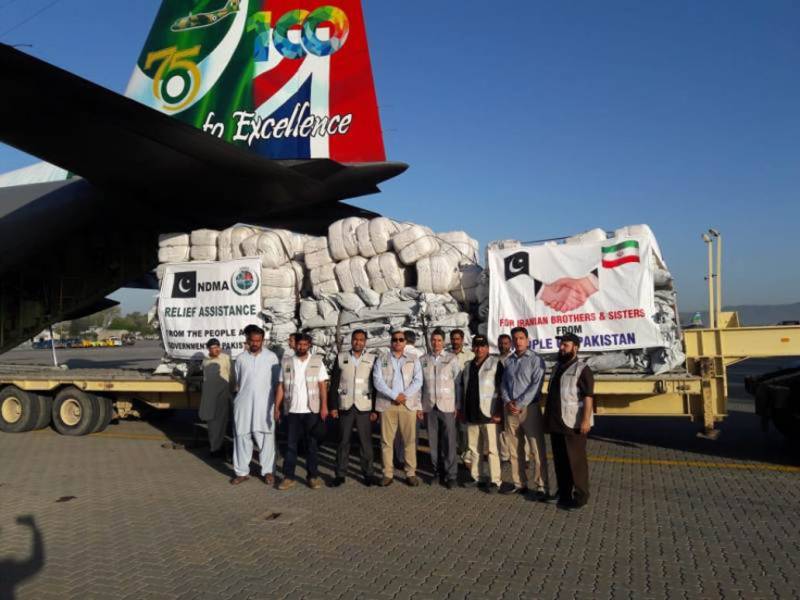 Earlier today, a Pakistani aircraft carrying a load of over 32 tons humanitarian assistance for the Iranian flood victims landed in the city of Ahwaz.

The relief goods were dispatched by the National Disaster Management Authority of Pakistan (NDMA) on the directives of Prime Minister Imran Khan, the Radio Pakistan reported.

Pakistan's Ambassador to Iran, Riffat Masood, handed over the relief goods to the Iranian officials.

Exceptional rainfalls since March 19 have flooded some 1,900 cities and villages across Iran, claiming over 70 lives and causing hundreds of millions of dollars of damage to Iranian water and agriculture infrastructures. Floods have affected several provinces in the north and west of the country including, Golestan, Mazandaran, Lorestan, and Khuzestan.