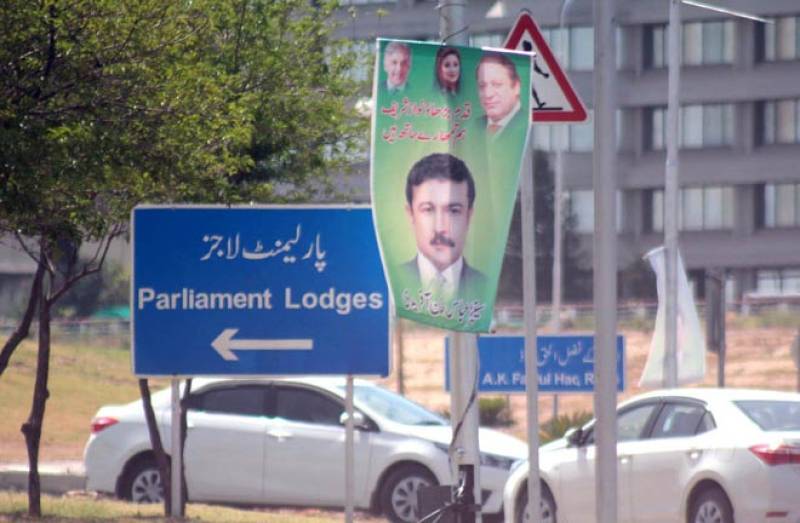 ISLAMABAD - The Capital District Administration (CDA) has decided to take stern action against the former parliamentarian who are not vacating the official residences despite ending of their tenure.

The city authorities have contacted the federal police seeking assistance to forcefully evict the illegal occupants from the enclaves as these are now allotted to the incoming ministers who are set to take oath next week.

A letter sent by the CDA to deputy commission and SSP Islamabad states that the former lawmakers, whose tenure ended when the government of Pakistan Muslim League-Nawaz (PML-N) dissolved after completing its five years term, were directed to leave the houses voluntarily but some of them are reluctant to vacate the residence, local media reported.

The administration officials have decided to move the ex-ministers out of the official residence today (Friday) while the services of police and magistrate will be acquired in the operation.

Earlier, the chief of Jamiat Ulema-e-Islam-Fazl (JUI-F), Maulana Fazl-ur-Rehman has vacated Islamabad’s Ministers Enclave after more than a decade of his stay there.

The JUI-F chief was enjoying the facilities allotted for ministers at bungalow No 22, while being chairman of Kashmir committee.

He left the official residence on August 5 after paying all the arrears. Fazl has now shifted to Senator Talha Mehmood’s farm house.