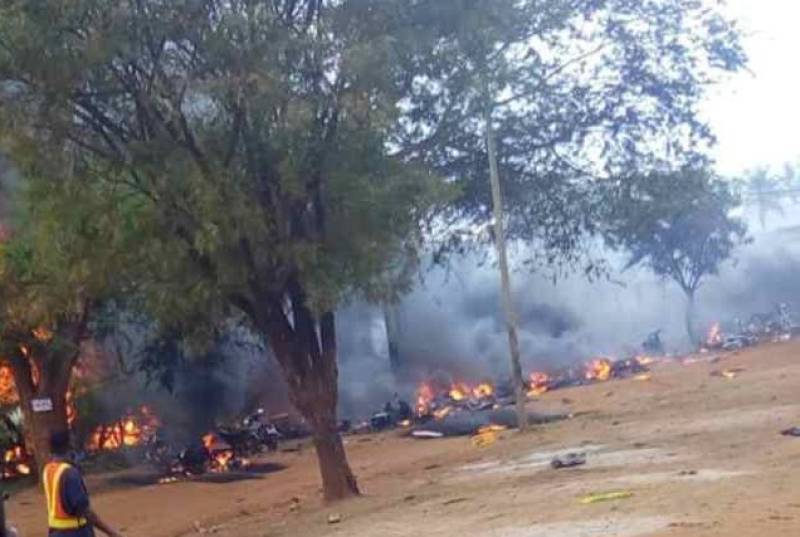 MOROGORO - At least 60 perished in Tanzania on Saturday when a fuel tanker overturned and then exploded as people rushed to syphon off leaking fuel.

The deadly blast, which took place near the town of Morogoro, west of the economic capital Dar es Salaam, is the latest in a series of similar disasters in Africa.

Morogoro Governor Stephen Kebwe said the bodies of 60 victims were at the morgue of the local hospital, where more than 70 people were also being treated for injuries.

He warned that the toll could rise with victims possibly trapped under the truck.

Regional police chief Willbrod Mtafungwa told reporters there was a "huge explosion" after the vehicle overturned.

Witnesses told AFP by telephone they could see charred remains of motorcycle taxis and trees scorched by the power of the explosion.

Mtafungwa said the dead were mainly drivers of the taxis known as "boda-boda" and local residents flocking to the scene for the fuel after the crash.

Never seen a disaster of such magnitude

The governor said the explosion was triggered when a man tried to pull out the truck's battery, while witnesses said one of the people looting the fuel was smoking a cigarette.

Police later announced the blaze had been brought under control.

"The Morogoro region had never experienced a disaster of such magnitude," Kebwe told reporters at the scene in the locality of Msamvu, about 200 kilometres (125 miles) west of Dar es Salaam.

He said the tanker truck overturned on the roadside and the "fuel began to flow freely".

"We have mobilised all the doctors at the Morogoro regional hospital so the wounded can be treated," he added.

Last month, at least 45 people were killed and more than 100 injured in central Nigeria when a petrol tanker crashed and then exploded as people were trying to gather fuel.

In May, a similar incident occurred in Niger just a short distance from the airport in the capital Niamey, leaving almost 80 people dead.

Among the deadliest such disasters, 292 people lost their lives in the eastern Democratic Republic of Congo in July 2010, and in September 2015 at least 203 people perished in the town of Maridi in South Sudan.