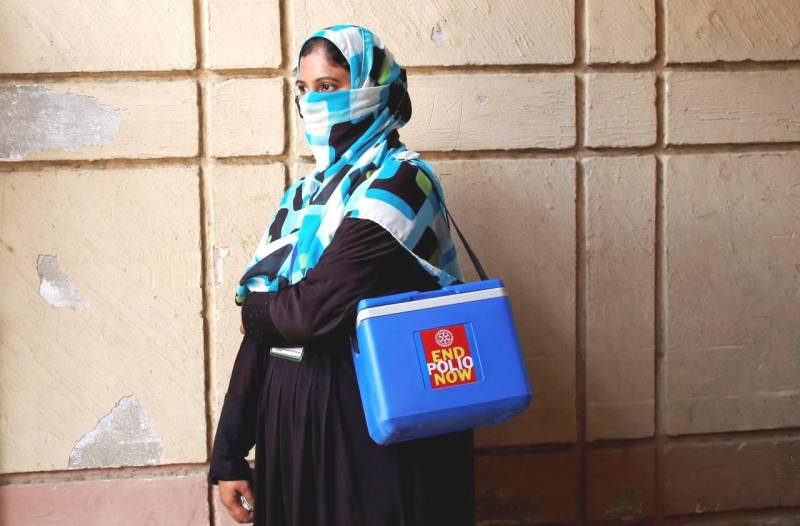 The four-day campaign began today in the country.

Abbas said that the boycott was ongoing in all ten districts of GB. He added that prior to the boycott, they had not received cooperation in solving their problems through negotiations.

At least 38 million children below the age of five will be vaccinated for poliovirus during the five-day anti-polio campaign started on Monday.

In a statement issued by National Emergency Centre for Anti-polio, Islamabad, Prime Minister Focal Person on Polio Babar Bin Atta said all parents should ensure that their children were not deprived of these two drops during this year’s last anti-polio that will last till December 14, 2018.

He added that 270,000 health guards were taking part in the four-day campaign, and they would visit houses to administer polio drops to children under the age of five years.

Thank you for your commendable support towards Polio Eradication. #PakFightsPolio https://t.co/JcTgeM1O3e

There had been a 97 per cent decrease in polio cases as compared to 2014 when 306 cases were reported. Despite this huge success, the presence of poliovirus in sewer water of the seven big cities of the country had been confirmed.

National Campaign Update: Snowfall in scattered areas of GB and AJK and rains elsewhere. Campaign has however started and our teams will vigilantly monitor any potential disruptions / delays for appropriate action in coordination with Provincial Teams. #PakFightsPolio

These include Sukkur, Karachi, Peshawar, Mardan, Lahore, Rawalpindi, and Islamabad. The report was issued by the national anti-polio programme at the beginning of the month. Babar appealed to every Pakistani to play the role of a health guard and ensure that no child is deprived of the polio drops.

National Coordinator for Emergency Operation Centre Dr Rana Safdar said the present season was best for the eradication of polio and the polio programme would try its best to finish the polio virus forever.

He said that the polio programme was ensuring that children were given polio drops so that the country could get rid of the virus.;