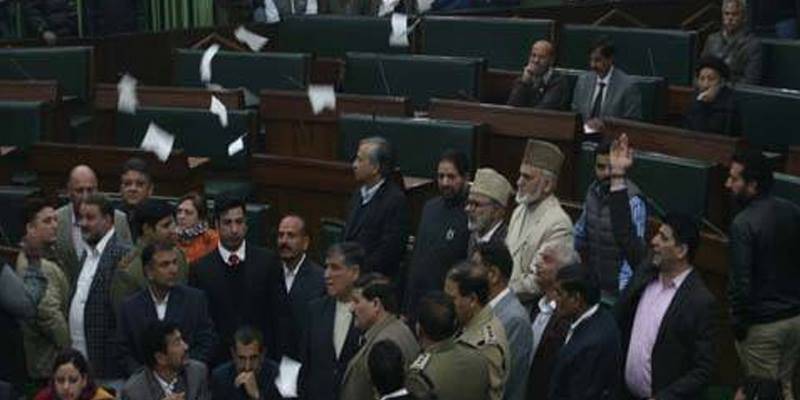 “I am a Muslim first. My sentiments were hurt when they (BJP MLAs) were shouting “Pakistan Murdabad” slogans. I couldn’t control my emotions and raised Pakistan Zindabad slogans,” Lone told the reporters.

Earlier, the proceedings of the house were adjourned after the speaker made controversial remarks over Rohingyas, alleging that their presence caused an attack on India army camp in Kashmir.

The opposition parties asked the speaker to tender an apology over these remarks.