Aamir Liaquat thanks PM Imran for sending best wishes on his third marriage, hits back at haters 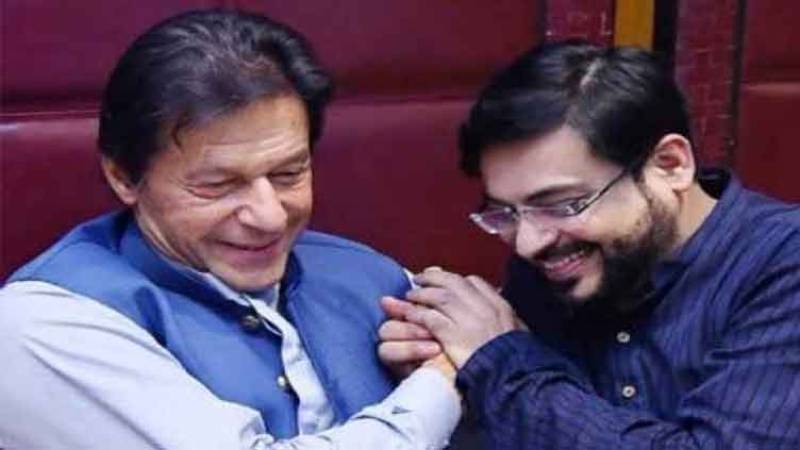 PTI MNA and morning show host Dr Aamir Liaquat on Thursday thanked Prime Minister Imran Khan who congratulated him over the phone for tying the knot for the third time.

Shortly before the prime minister congratulated Liaquat, the newlywed lashed out at those criticising him over his third marriage.

Taking to Twitter, the popular TV host said the news of his third marriage spread like a wildfire in Australia.

Earlier, Liaquat announced that he had tied the knot for the third time with an 18-year-old girl known as Syeda Dania Shah.

The celebrated TV host took to Instagram to share a picture with his new bride and captioned it as, "Last night tie a knot with, Syeda Dania Shah, 18, she is belong to an honorable Najeeb ut Tarfain “Sadaat” Family of Lodhran, South Punjab, saraiki lovely, charming, simple and darling. I would like to request all of my well wishers, please pray for us, I have just passed the dark tunnel, it was a wrong turn."