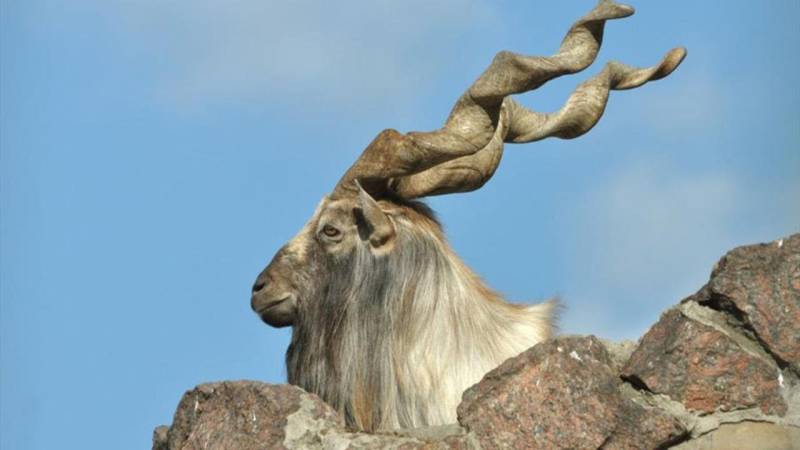 CHITRAL – Two hunters from USA and Switzerland have arrived in Pakistan through a helicopter for hunting of Markhor and Ibex in the limits of Toshi Village Conservation Committee (VCC), District Chitral.

According to Divisional Forest Officer (DFO) Wildlife Muhammad Hussain, the foreigner hunters having proper hunting trophy and shooting license have been searching for suitable prey for the last three days.

The DFO said that hunting trophy license is issued after proper auction at international level by Convention for International Trade in Endangered Species (CITES) Switzerland.

Annually four hunting trophy licenses are being issued for Markhor hunting and 80% of total cost are being distributing among local community and 20 % being depositing in public exchequer, he added.

There is no permission for legal hunting in Chitral Goal National Park. But social and political circle of Chitral have demanded of the goverment for allowing hunting trophy license in buffer areas of Chitral goal national park because the aged and ailing Markhors are already dying without any hunting or benefiting local communities.

As well as some criminal people are also involved in illegal hunting of Markhosr at these prohibited areas as recently a Markhor was hunted by Islam Baig illegally.

The wildlife officer said that if the government allows legal hunting in buffer areas in surrounding of Chitral goal national park for hunting of aged, ailing and weak Markhors who are already dying, it will be best both for public and government.

Residents of these buffer areas will be benefitted from hunting trophy and they will feel ownership of these species and will protect them from illegal hunting, he stressed.

CHITRAL - The residents of Chitral here on Monday have demanded that government should take solid measure for the ...

Markhor is protected by local and international laws such as the Convention on International Trade in Endangered Species (Cites).

In a Feb 2018 brief to a parliamentary committee, the Ministry of Climate Change said that the trophy hunting of markhor in Khyber Pakhtunkhwa, Gilgit-Baltistan, Balochistan and Azad Kashmir was a success story in Pakistan, as local communities conserve the animal and international hunters pay large sums for obtaining shooting licences.

Up to 80 per cent of the money generated from issuing markhor hunting permits is shared with the local community, which works to prevent illegal hunting of the animal.