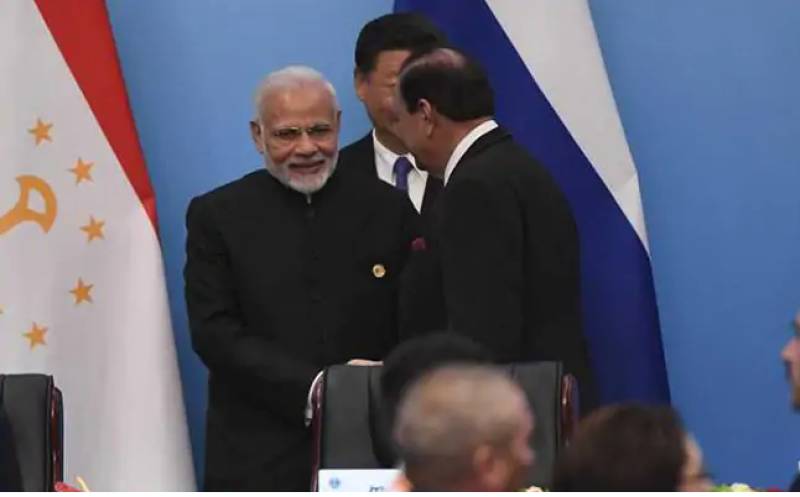 The two leaders met after signing of agreements between the members states of the eight nation bloc.

Leaders of the eight member states and four observer states, as well as heads of international organisations are attending the summit, meant to explore ways to increase cooperation in the fight against terrorism, extremism and radicalization - among discussing other issues of global relevance.

Pakistan accused India of killings of hundreds of Kashmiri people and firing on border posts in Kashmir and neighbouring Punjab province.

The picturesque Himalayan territory of Kashmir is divided between India and Pakistan by the UN-monitored LoC, but is claimed in full by both countries.

They had only just resumed after a three-year hiatus sparked by the 2008 attacks in Mumbai that killed 166 people. India blamed Pakistani militants for the attack.

More than a dozen armed groups have been fighting Indian forces since 1989, demanding independence for Kashmir or its merger with Pakistan.

India and Pakistan have fought three wars since their independence from Britain in 1947, two of them over Kashmir.