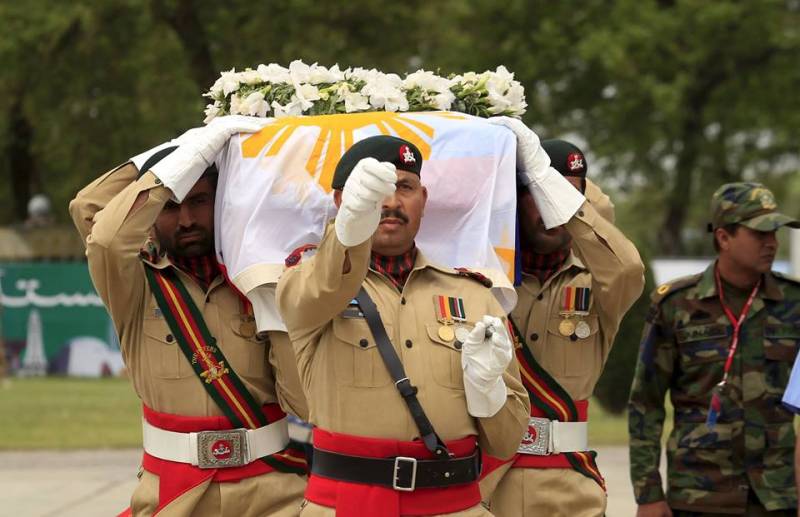 ISLAMABAD (Web Desk/APP) - The arrangements for transportation of mortal remains of ambassadors in the Naltar tragedy to their respective countries are being finalised, Radio Pakistan reported on Sunday.

A Foreign Office spokesperson said in Islamabad that a final decision to this effect will be taken after consultation with the families and officials of the embassies concerned.

The mortal remains of the ambassadors of Norway and Philippines and the wives of ambassadors of Malaysia and Indonesia have already been air-lifted from Naltar to Rawalpindi.

The injured ambassadors of Indonesia, the Netherlands, Malaysia and Poland were also transported back by a special C-310 flight.

The rest of the group of diplomats, who had gone to Gilgit, also returned safely to Rawalpindi.

The mortal remains of the deceased have been placed in the morgue of CMH, Rawalpindi.

The injured ambassadors of Indonesia and the Netherlands have been admitted to the Special Burns Unit in Kharian.

The remaining injured were under treatment at CMH in Rawalpindi.

Meanwhile, a delegation from the Philippines headed by the Under Secretary of Philippines Ministry of Foreign Affairs including the spouse and son of the late ambassador who died in helicopter crash incident has arrived in Islamabad.

Another delegation from Malaysia consisting of senior officials and daughter of the Malaysian Ambassador have also arrived in Islamabad.

The widow of the Norwegian Ambassador and a delegation from Indonesia have also arrived in Islamabad.