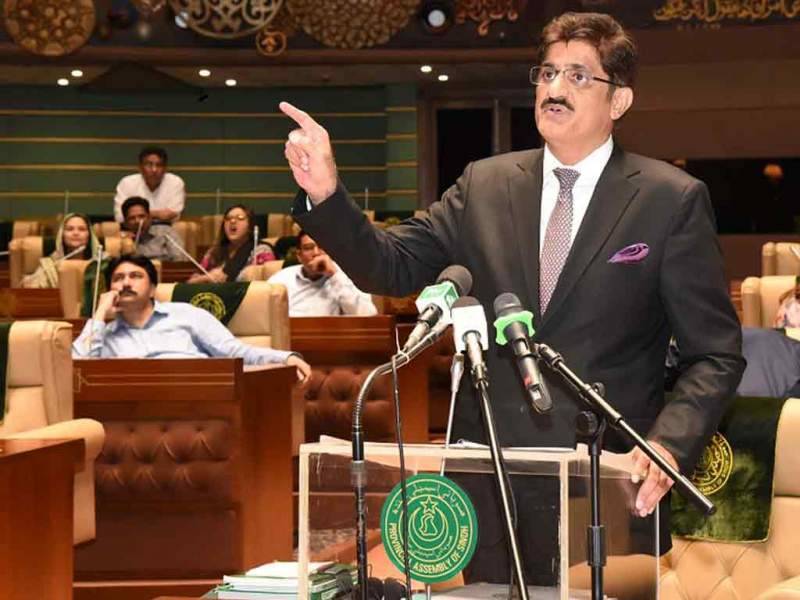 KARACHI - Sindh Chief Minister Murad Ali Shah unveiled the 'tax-free budget' for the fiscal year 2018-19 with a total outlay of over Rs1.12 trillion on Thursday.

Shah, in his budget speech, announced that a total of  714 schemes would be completed in the current fiscal year, adding that last year too, the PPP-led provincial government had completed a record number of schemes.

The Sindh government has also proposed a 10% increase in the salaries and pension of government employees, besides announcing the creation of over 46,000 new jobs.

Murad took the credit of eliminating terrorism from the province which had halted the development, adding that Rs200 billion would be spent on development this year.

In the budget, Rs282bn were be proposed to annual development programmes, whereas, an amount of Rs202 was allocated for ongoing development projects.

For Sindh’s capital of Karachi, Rs4.2b were allocated for ongoing projects, Rs3billion for greater sewerage plan S-III, Rs 1.3bn for repairing of Jam Sadiq Burj-Dawood Churangi Road, while an amount of Rs1.3 billion was proposed to mend the roads in Landhi and Korangi.

"We have tried our best to resolve the problems of people in Sindh," he said.