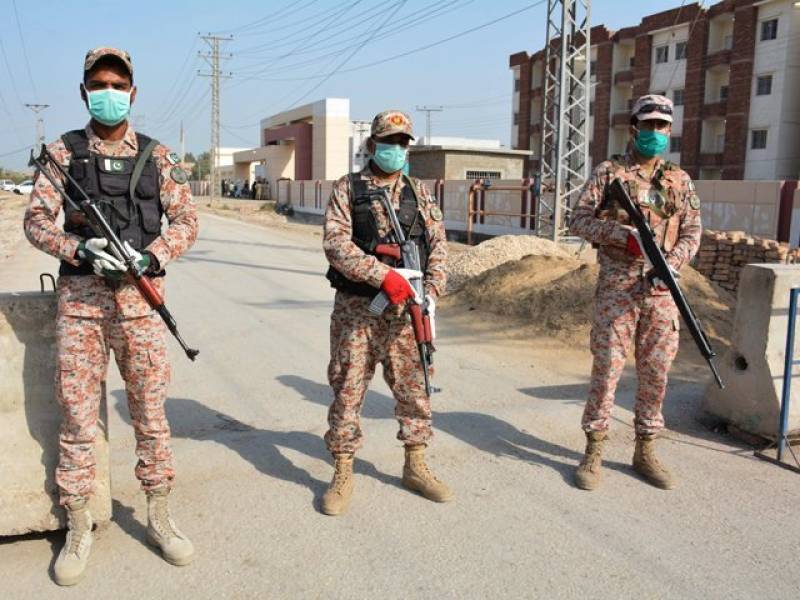 A joint operation was conducted in Manzoor Colony area of Korangi district when the suspect, Asif Zaman, was arrested while weapons and ammunition were also recovered from his possession.

According to a press release, the suspect could easily be identified in CCTV recordings of robberies in a bakery and dairy shop on M.A. Jinnah road near Anklesaria Hospital on April 3 and 7.

In the video, that went viral on social media, four persons could be seen holding weapons in their hands and looting customers and shop employees.

During preliminary investigation, the suspect has confessed his involvement in over 200 crimes in different areas of Karachi.

The suspect and recovered weapons and ammunition were handed over to police for further legal proceedings while raids were being conducted to arrest other members of the gang.