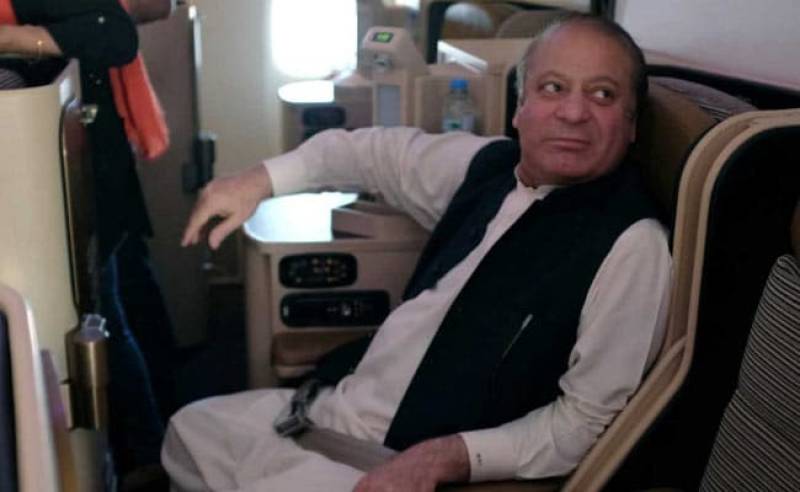 According to media reports, the details of Nawaz Sharif's London travel have been confirmed, according to which the PML-N supremo is set to fly to London on Monday morning (November 11) at 9:05 AM through Qatar Airways flight QR629,

As per the ticket, the return date of Nawaz's flight is November 27.

Arrangements for Nawaz’s medical treatment in London have already been finalized by his son Hussain Nawaz.

Opposition leader Shehbaz Sharif and personnel physician of Nawaz Sahrif Dr Adnan are also expected to be on board to London.

Earlier on Friday, the federal government decided to remove former premier’s name from the Exit Control List (ECL) due to his deteriorating health as the Ministry of Interior sent a letter to National Accountability Bureau (NAB), seeking its reply over PML-N President Shebaz Sharif’s request to get removed his elder brother’s name from the ECL.