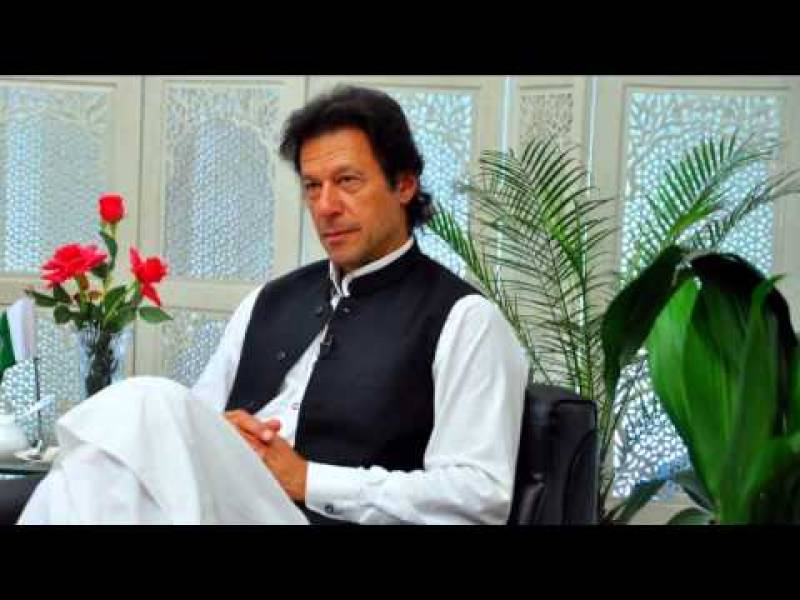 Addressing the launching ceremony here at the PM Office, the Prime Minister announced that the government would provide the land, facilitate and remove bottlenecks and work under a public-private partnership to construct housing units with all basic amenities.

“We want to build houses for those who ordinarily do not even dream of owning a house, as they fall in low-income group and barely manage to find a shelter,” Imran Khan said.

He said the data of federal or provincial lands was being collected and registered by a land bank so that the government could provide land for the housing programme to be undertaken by the private sector.

Vowing to personally supervise the project the Prime Minister announced the setting up of a Naya Pakistan Housing Authority (NPHA) in 90 days. Meanwhile, the 17-member Housing Task Force would oversee the housing programme, he added.

The Housing Task Force consist of eight members from the private sector, five from the federal government including secretaries housing, law and justice, finance, planning, NADRA chairman and five provincial housing ministers, or their nominees.

The NPHA would provide a one-window operation and construct houses in both rural and urban areas, he said and added, the Authority would coordinate with the local bodies and provincial governments.

The Prime Minister said the data of the ‘kaachi abadis’ (slums) would also be collected. The estimates say that 40% land in Karachi and most precious land in Islamabad was encroached by such illegal housing, he added.

He said after reviewing international models, high rise buildings, having all basic facilities would be constructed and the owners would have full property rights.

He announced the launch of the pilot project under Naya Pakistan Housing Programme in seven districts including Faisalabad, Sukkur, Quetta, DI Khan, Islamabad, Gilgit and Muzaffarabad, where NADRA would help collect the basic data of those in need of the housing through registration during the next 60 days.

He said the earlier schemes failed as those did not have the requisite basic data to work upon, adding, the data would help find the requirements, the income level of the people and how much they could pay for the mortgage per month.

Prime Minister Imran Khan announced the launch of the first housing scheme under the Naya Pakistan Housing Programme for the federal government employees from Thursday and said data collection would start from tomorrow.

The federal government employees from BS 1 to 16 would be eligible for registration in the housing scheme undertaken through joint venture project. Preference would be given to those having no house or were shelterless.

In the construction of housing units under the Naya Pakistan Housing Programme, the use of local construction material, labour and technology transfer would be ensured.

The Prime Minister expressed the hope that the provinces, particularly Punjab would also emulate the trend set in by the federal government.

Imran Khan said the construction industry was one of the most important sectors of the economy as over 40 other industries were related to it and added it was vital for reviving economic activity and employment generation.

He said a new young entrepreneur class would emerge and the government would ensure the provision of necessary skills and training to unemployed youth. For that purpose skill, teaching institutes would be established.

The prime minister mentioned the trend for the borrowing of house building loans in other countries and said in the United States almost 80% people construct houses through loans, in Malaysia 33%, India 11%, Bangladesh 3%, while in Pakistan only 0.25%.

He said the earlier housing projects failed to take off because the country had no financing packages and that the State Bank of Pakistan had been directed to set up a National Financial Regulatory Body in 60 days time. The necessary legal framework would also be prepared by the Ministry of Law and Justice within the stipulated time, he added.

Under the housing programme, those getting houses would be provided with a 15 to 20 years easy payment plan and the State Bank of Pakistan would encourage the commercial banks for financing.

The Prime Minister said a foreign company has approached the relevant authorities in Pakistan expressing their desire to invest a huge amount of US 20 billion dollars in the housing programme.

He said the Naya Pakistan Housing Programme would help stimulate economic growth besides creating employment opportunities, reviving the construction-related industries and bring in development and prosperity.

Later, talking to APP, Federal Minister for HousingTariq Bashir Cheema and Punjab Housing Minister Mian Mehmoodur Rasheed said the provision of housing facility to shelterless people was one of the major points of PTI’s manifesto and that promise was being fulfilled by Prime Minister Imran Khan by launching the Naya Pakistan Housing Programme.

To a question, the housing minister said the housing scheme for federal government employees was a fresh initiative and had no linkage with earlier schemes being carried out by the Federal Government Employees Housing Foundation.

Mian Mehmoodur Rasheed said the data of government lands in 20 districts of Punjab was being gathered for the construction of 2.5 million housing units under the Naya Pakistan Housing Programme.

He said the housing units of different categories like one-bed and two-bed would be constructed according to peoples' demand after the registration process.