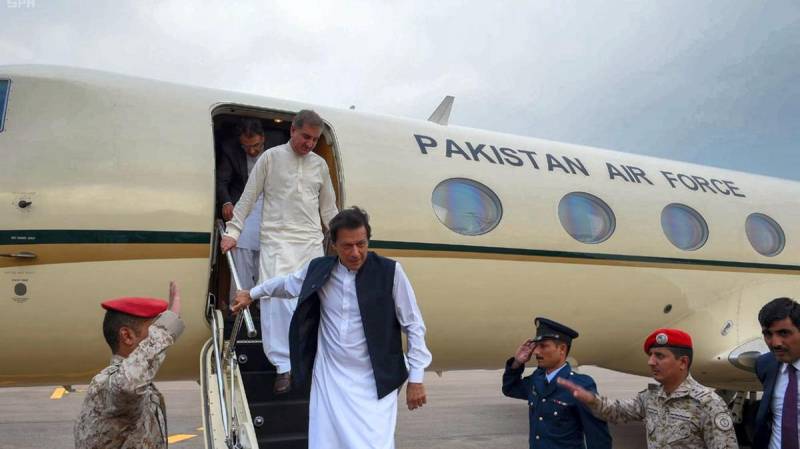 ISLAMABAD - After concluding his successful visit to China , Prime Minister Imran Khan will embark upon the visit to Saudi Arabia on October 13.

According to media reports, the premier is also expected to visit Iran this month as the role of PM Imran as an international mediator for the establishment of regional peace is gaining importance.

Prime Minister Imran Khan is also expected to visit Saudi Arabia again on October 29 to participate in the three-day Future Investment Initiative Conference (FIIC) to be held in Riyadh.

He was seen off by Chinese Vice Minister for Foreign Affairs Luo Zhaohui, Ambassador of China to Pakistan Yao Jing and Ambassador of Pakistan to China Naghmana Hashmi.

Tri-Services Static Guard was presented to the Prime Minister by a smartly turned out contingent upon departure from Beijing.