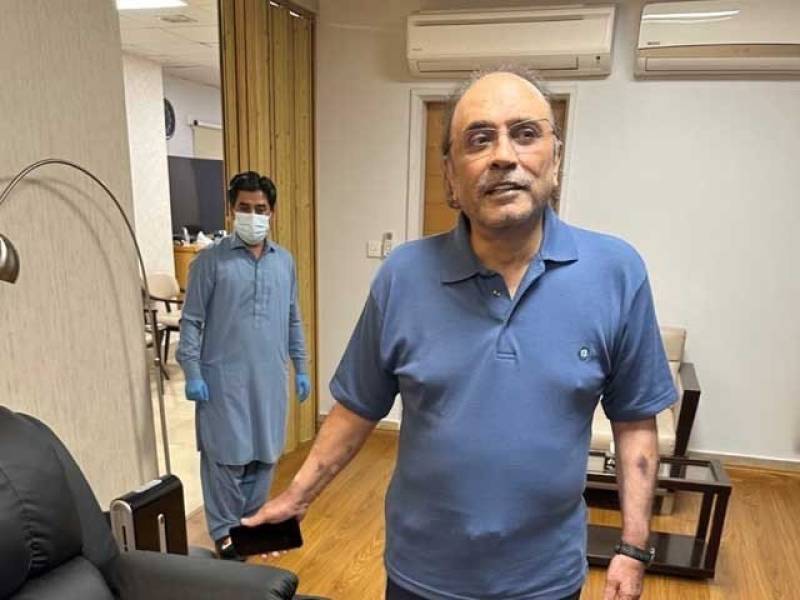 The seasoned politician was shifted to a private hospital in the port city on September 27 for an infection in one of his lungs.

In a tweet, Dr Asim said Mr. Zardari has recuperated from his illness and been discharged from the hospital to go home.

Earlier, rumors circulated on social media platforms regarding Zardari’s terminal illness that were denied by the family sources.

Last week, a few health experts from the Gulf country visited him as they are aware of his health history. They found the treatment at the hospital perfect and didn’t see any reason to shift him abroad for treatment, the PPP leader further maintained.

Foreign Minister and son of PPP leader, Bilawal Bhutto, also shared update, saying his father’s health is improving as compared to the previous weeks. There is no need for a surgical procedure at the moment, saying his father will stay under medical surveillance for some time.