All seminaries across Pakistan to be registered: Nisar 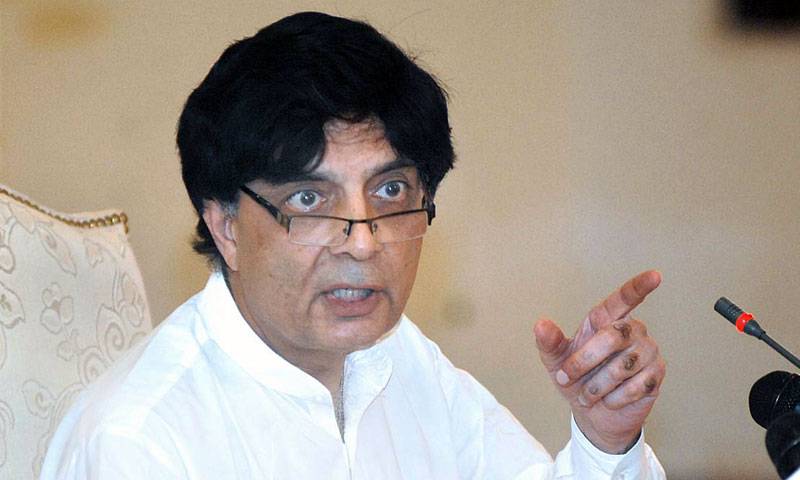 ISLAMABAD (Web Desk) –Federal Interior Minister Chaudhry Nisar has said those people spreading mischief in the name of Islam will not be spared and brought to justice.

Briefing the media on Thursday following the meeting earlier on the National Action Plan (NAP), Nisar said that it was decided to speed up and intensify NAP to improve the overall security situation in the country.

He informed the press that so far as part of Operation Zarb-e-Azab, around 11,000 intelligence based operations have been conducted.

Regarding the recent attacks on media personnel, the minister said terrorists do not have any enmity with the media, their purpose is rather to spread frustration and chaos.

The interior minister said, “We cannot claim complete victory yet, there is still time required.”

He said the purpose of this is to create a database of all the NGOs with the help of NADRA.

Regarding issuance of arms licenses in the country, the interior minister said that people have taken complete advantage in the name of ‘licensed arms’ and all such licenses will be thoroughly reviewed as well as computerised.

The minister went on to say that people in the country are operating ‘security companies’ as a facade for running big businesses.

He said these companies do not provide training for their employees and neither do they offer insurance for their guards.

Nisar further said that seminaries across Pakistan will be registered in consultation with their leadership.

He added that their leadership will be meeting with the federal government in the coming week.