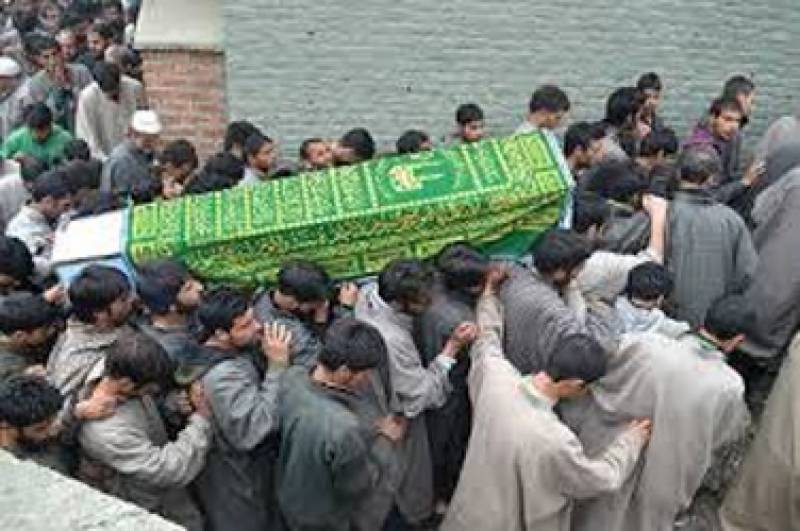 SRINAGAR (Online) - In Indian occupied Kashmir, Indian forces have killed another civilian in Srinagar, escalating the death toll to 93.

The 47-year-old civilian, Abdul Qayoom, who was working with Consumer Affairs and Public Distribution (CAPD) department as a driver on contract basis, succumbed to his injuries at Soura Institute of Medical Sciences in Srinagar.

The family members of Abdul Qayoom said that he was beaten to pulp by the troops of paramilitary Central Reserve Police Force (CRPF) at Gooripora locality in Hyderpora area of Srinagar where he had gone to attend a function at his in-laws on Friday.

His brother-in-law Irshad Ahmad told media that Abdul Qayoom had come from his residence in Aali Kadal in old Srinagar to attend the function at Gooripora. “He went to market to buy some essentials where he was beaten mercilessly by CRPF men at 8.30 am,” said Irshad, who was at Soura hospital when doctors declared Qayoom dead at around 10 pm.

Besides these killings, more than 11,500 people have been injured so far due to the firing of bullets, pellets, and teargas shells on the protesters during the period.

It is to mention here that over 150 people sustained injuries due to the use of brute force by Indian police and troops on peaceful demonstrations across the Kashmir Valley.