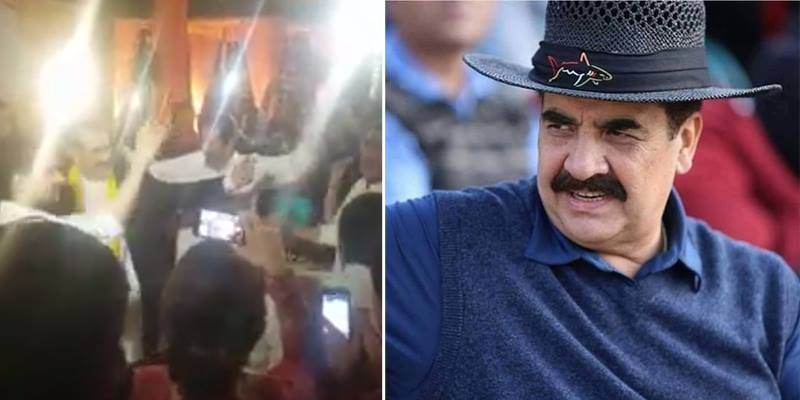 Sharif, who now heads 'Islamic Military Counter Terrorism Coalition', shook his leg to the remix version of famous Bollywood track 'Bachna Ae Haseeno' as he carried a well-stitched blazer with a yellow muffler wrapped around his neck on Tuesday.

A video clip showing the former Chief of Army Staff enjoying with others stumped the internet and left many in awe.

The son of former military chief got hitched to Maher Toor, who is a daughter of a businessman Farooq Toor. The wedding ceremony took place in upscale Defence Housing Authority in Lahore but only close relatives were invited.

Earlier, Mehndi ceremony of the couple was held in a traditional way on Thursday in Lahore. The engagement ceremony of Umer Raheel and Maher Toor had been held a few months ago.