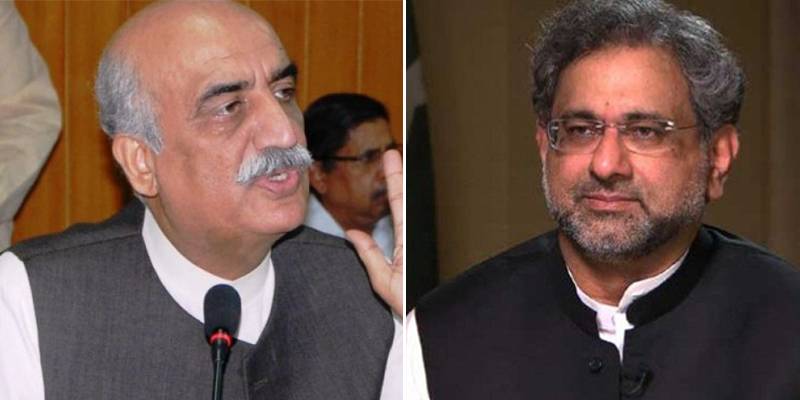 ISLAMABAD - A meeting between Prime Minister Shahid Khaqan Abbasi and Leader of Opposition in the National Assembly Syed Khursheed Shah is underway to discuss a caretaker setup.

The meeting is being held at PM Office in Islamabad. The incumbent government is to end its five-year term by the end of the next month and then a caretaker government will take control of the government and will hold general elections in the country.

According to the Constitution, the outgoing prime minister with the consultation of the opposition selects the name of the caretaker PM.

The two leaders present three nominees each and a single name is chosen with consensus.

On Monday, Shah said “No such name has been finalised from the opposition side and I will have a meeting with the PM on April 11 to discuss the matter. Names will come after a [PPP] party meeting”.

“We’re trying to bring in good people and an able caretaker PM. The upcoming elections will depend heavily on caretaker PM,” he added.