DSP among two traffic police officials gunned down in Karachi 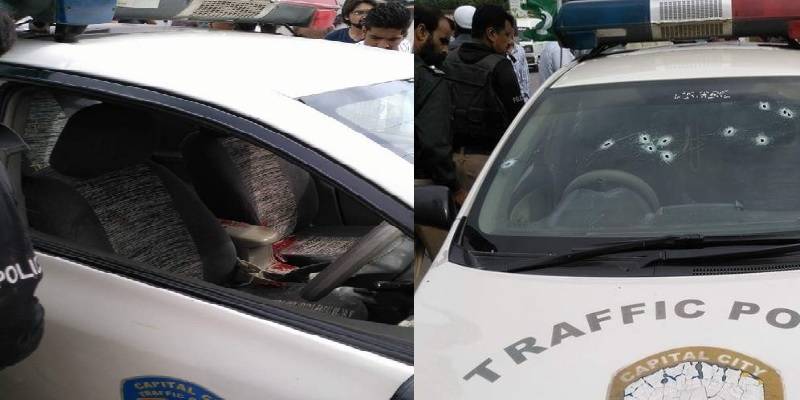 KARACHI - At least two traffic police officials, including a deputy superintendent of police, were gunned down on Friday in Azizabad area of Karachi, local media reported.

As per reports, unknown assailants opened fire on a police mobile in which DSP traffic Azizabad, Hanif Khan was travelling to Gulshan Iqbal from Federal B Area.

During the firing, the driver of the police mobile, Sultan and DSP were hit by bullets that caused their death. The bodies have been shifted to Abbasi Shaheed Hospital.

According to DIG West Zulfiqar Larak, the martyred DSP passed through this area daily.

He added that two attackers on a bike carried out the attack and fired bullets from the front and right side of the vehicle.

The DIG further said that around 18 shells of bullets of 9mm pistol have been recovered from the scene.