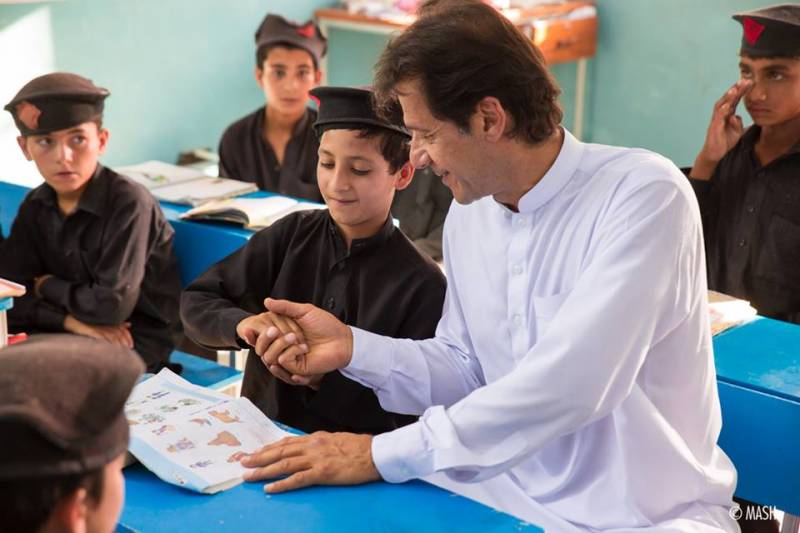 PESHAWAR - The elementary and secondary education department of Pakistan Tehreek-e-Insaf led Khyber Pukhtunkhwa has shut down around 1,000 government primary schools across the province due to low enrolment, shifting the students to the nearest schools.

According to a report by leading daily citing highly placed sources, the abandoned school buildings which burdened national exchequer were constructed by the education department at unfeasible places, in violation of standard criteria on the instructions of the then lawmakers to cajole the voters.

Sources said that most of the closed schools were established around two decades ago.

'Despite the closure of 1,000 schools, the PTI government has been following the past practice to construct schools at the behest of rulers. As in the past, currently the government schools are constructed on the directives of Chief Minister Pervez Khattak,' said the sources.

The senior official who wished not to be named expressed that education department was helpless in that regard as it only followed the directives of the chief minister.

'We have no power to decide about the construction of a school on need basis, rather we have to wait for the directives of the chief minister and he also decides upgradation of primary schools to middle, high or higher secondary level,' he told Dawn News.

The official alleged that the chief minister Pervaiz Khattak was approving schools in the constituencies of lawmakers to oblige them and he gives green signal about the location of schools after the provincial budget sails through assembly.

Responding to the reports of closure of schools, a district education officer said that education department closed those schools where enrolled students were less than 40.

'Most of the closed schools were located in the rural areas,' he added.

According to the standard criteria, a new school is to be established in the area having 1,000 population in the surrounding which will ensure admission of 160 students in the school. Under the criteria, a primary school should not exist within the radius of 1.5 kilometre in the proposed site for the new school.

It bears mentioning that several proposals were under consideration for the usage of the abandoned school buildings ranging from handing over the sites to Elementary Education Foundation or establishing schools under the public private partnership.

Minister for Education Mohammad Atif Khan has yet to respond to the report, that apparently blows the lid off tall claims made by the KPK government regarding merit and transparency.