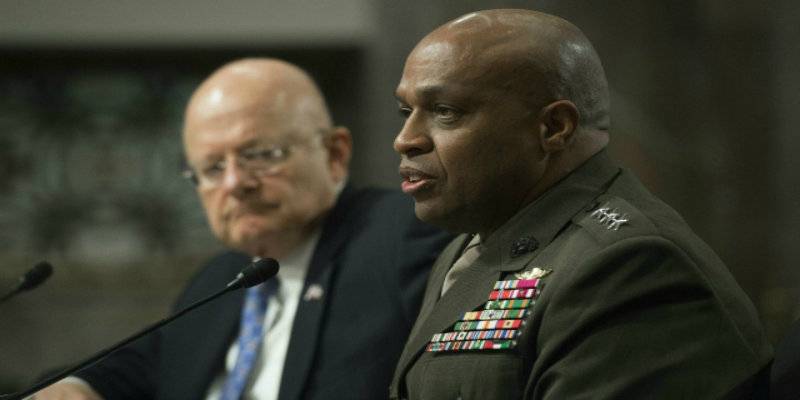 ISLAMABAD (Web Desk) - Top US spymaster Lt-Gen Vincent R Stewart has termed the Zarb-e-Azb and Karachi operation as successful in reducing violence and defeating insurgency in the country.

“Counter-insurgency operations along Pakistan’s western border and paramilitary operations in Karachi have had successes in reducing violence and are likely to continue,” US Defence Intelligence Agency Director Lt-Gen Vincent R Stewart said in his testimony to the Senate Armed Services Committee, according to the Times of India.

Zarb-e-Azb has reduced militants’ ability to use Pakistan soil: US commander

However, Stewart claimed Pakistan will face internal security threats from militants and separatist groups in the current year. “Islamic State’s branch in Afghanistan-Pakistan and al-Qaeda in the Indian subcontinent will remain significant security concerns for Islamabad,” he said.

Expressing concern over Pakistan’s evolving tactical nuclear weapons doctrine, Stewart warned about the increasing risks of an incident associated with the growing nuclear stockpile. “Pakistan’s nuclear weapons continue to grow. We are concerned that this growth, as well as the evolving doctrine associated with tactical weapons, increases the risk of an incident or accident,” the spymaster said.