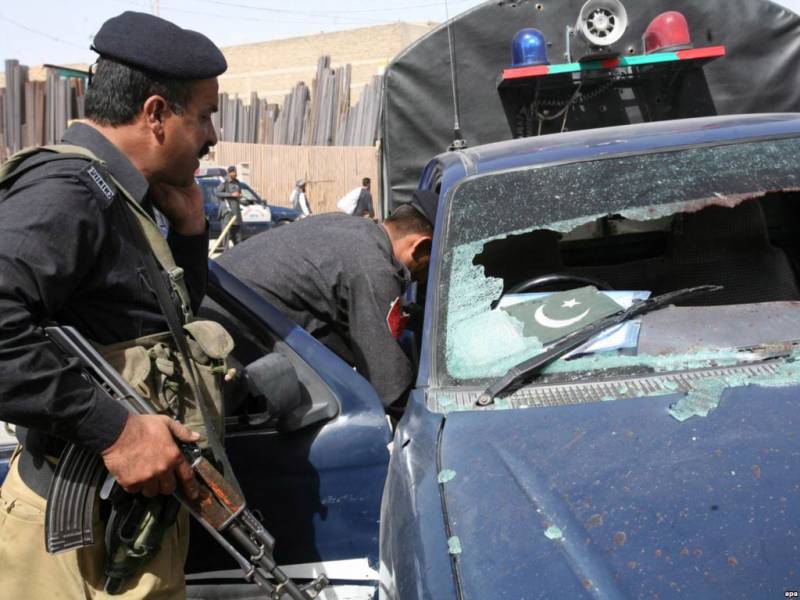 The armed motorcyclists opened indiscriminate firing at a patrolling police mobile in the Manan Chowk of Pashtunabad, before fleeing away on their motorcycles.

Sources confirmed that two policemen died on the spot, while two others succumbed to their injuries on the way to Civil Hospital in Quetta.

The attack comes a week after four policemen were killed on Pashtunabad's Mullah Salam Road while on a routine patrol.

A crackdown was launched in Balochistan's provincial capital city in the aftermath of last week's Pashtunabad gun attack on Saturday.

Police on Sunday claimed to have arrested 33 suspects during various raids in the area.