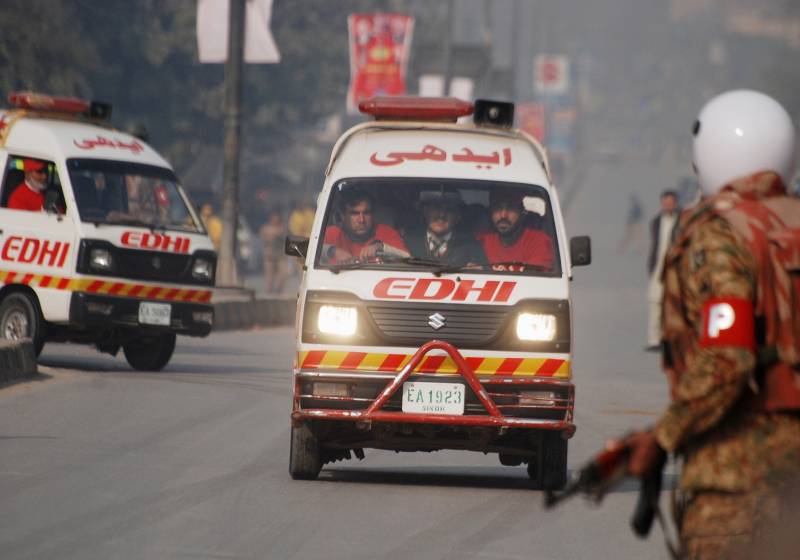 PESHAWAR (Staff Report) - At least two policemen were killed and six others injured in a suicide attack on the law-enforcers here on Thursday.

According to initial reports, the incident took place in Hayatabad area where a suicide bomber blew himself near a convoy of Frontier Reserve Police (FRP).

Police and rescue officials said four personnel were injured in the blast. They were shifted to Hayatabad Medical Complex where two of them died.

Reports said Deputy Commandant FRP Tariq Javed was also among those injured. His car was completely damaged in the explosion.

Police confirmed that it was a suicide blast that apparently targeted FRP force, adding that a motorbike was used in the blast.

Police cordoned off the scene and started search operation in the area.