Asif Zardari to be produced before accountability court today 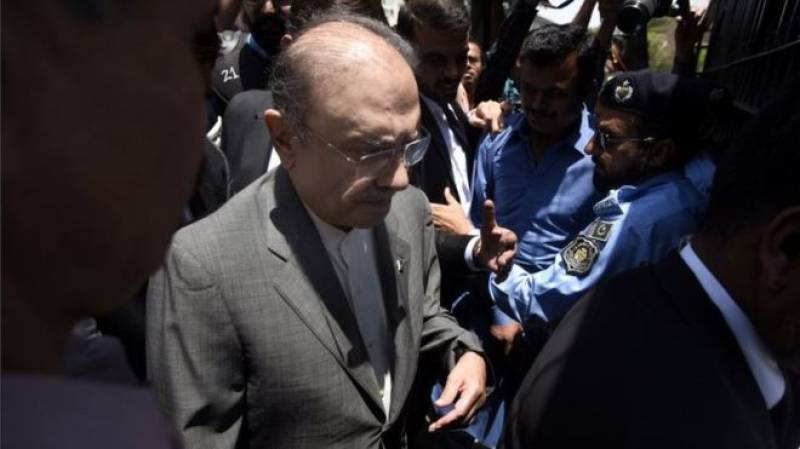 According to media reports, the Islamabad administration has finalised the security plan of Zardari’s appearance before the court.

The anti-riot force has been deployed at Faizabad and other entry points as the roads leading to accountability court will remain closed for all kind of traffic. Moreover, PPP workers will not be allowed to go beyond Para Chowk.

On the other hand, Rangers official will patrol the area around the accountability court.

The court permitted the NAB to arrest the duo as it announced a verdict reserved earlier in the fake bank accounts/ money laundering case, however, the anti-graft body did not arrest Faryal Talpur.

Justice Aamir Farooq and Justice Mohsin Akhtar Kiyani announced the verdict after the accused left the court premises; PPP co-chairman was on bail from as early as March 28.

The court had extended his interim bail for five times, however, a plea in this regard was rejected by a two-member bench.

The fake bank account case relates to the opening of over two dozen accounts in private banks through which money was allegedly laundered; Asif Zardari’s friends including Anwar Majeed, Hussain Lawai and others are already behind bars in the case.