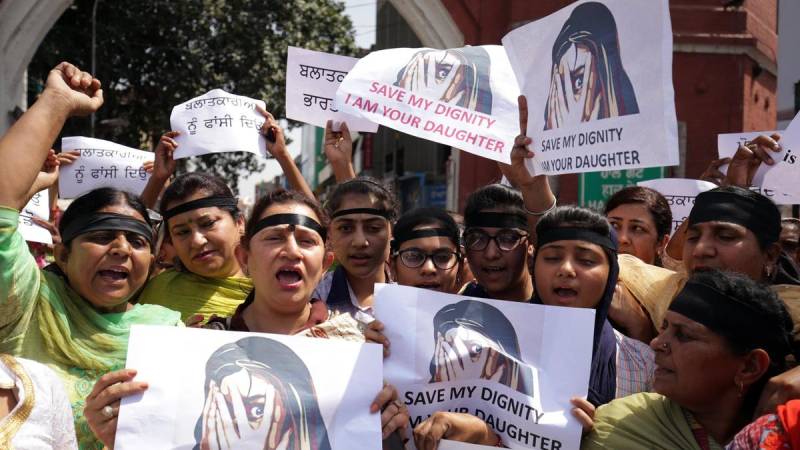 According to the charge sheet, three men have been jailed for life for the rape, torture and murder of an eight-year-old Muslim girl was abducted and taken to a village in the Kathua district of the northern Indian region of Jammu on January 10 last year.

She was sedated and held in a Hindu temple, repeatedly raped over five days and then strangled and beaten to death. She was found in a forest near Kathua city in January 2018, the Radio Pakistan reported.

The case sparked widespread anger and made headlines when Hindu right-wing groups protested over the men's arrest.

Eight people, including a former government official, four policemen and a minor, were charged in connection with the crime. One of them has been acquitted and the minor is set to be tried separately.

The rape and murder case sparked two days of violent protests in Jammu and demonstrations in several other places across major cities in India.

Sexual violence, including against children, is rife in India and outrage over the so-called Kathua case contributed to the government imposing the death penalty for child rapists.

According to government crime figures up to 2016, a child is sexually abused every 15 minutes in India and there has been a steady rise in offences against children.

India is home to the largest number of sexually abused children in the world.