A wife in India has cut off her husband's penis after he refused to have sex with her for more than a decade.

A 30-year-old woman allegedly chopped off her husband’s penis after the man refused to have a physical relationship with her for 10 years of their marriage. The couple hails from Bulandshahr and has been living in Ghaziabad for the past eight years, the Hindustan Times reported. 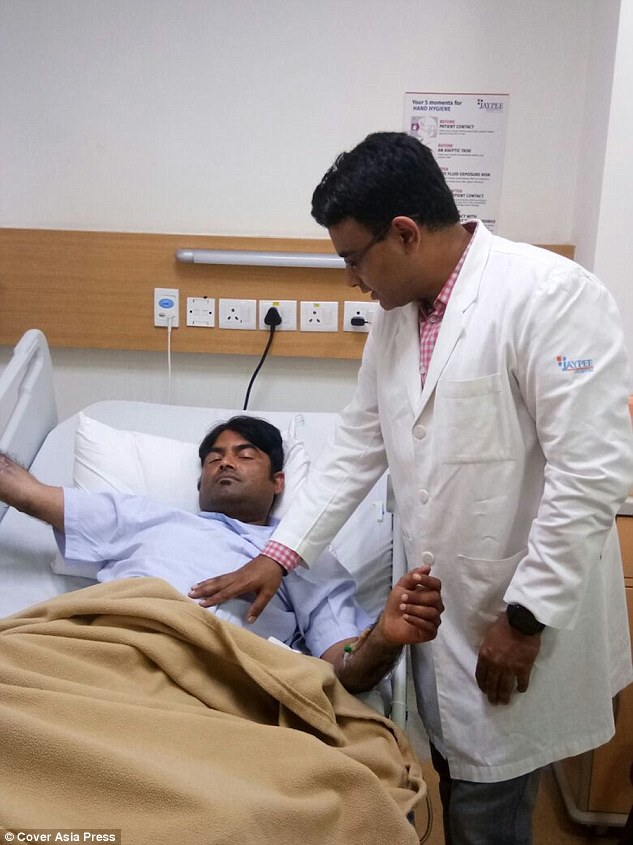 Police said the couple has no children and they fought often over the issue. The incident took place at 9.30am on Thursday.

“She told the police that her husband mentally tortured her by not having a physical relationship with her and avoided having children with her. Frustrated by his behaviour, she picked up a kitchen knife and attacked him when he came out of the bathroom,” said Anil Kumar Yadav, circle officer, Indirapuram.

'He used to tell me he hated me,’ the housewife said.  ‘We used to fight daily and he told me he hated looking at my face.  'He always threatened he would have an affair. I was desperate to have children.

'I used to beg him but he said he’d make love to someone else instead.  I’d been dealing with the torture for years and I couldn’t take any more.’

When Ved, a taxi driver, arrived home from his night shift yesterday morning he went straight into the shower.

But as he stepped out Yadav hit him over the head with a stone grinder and he fell unconscious. She then used a kitchen knife and slashed his penis.

Yadav locked him in the bathroom and she then handed herself over to the local police station.

Ved regained consciousness after 30 minutes and called his friend in agony, who immediately took him to Jaypee Hospital.