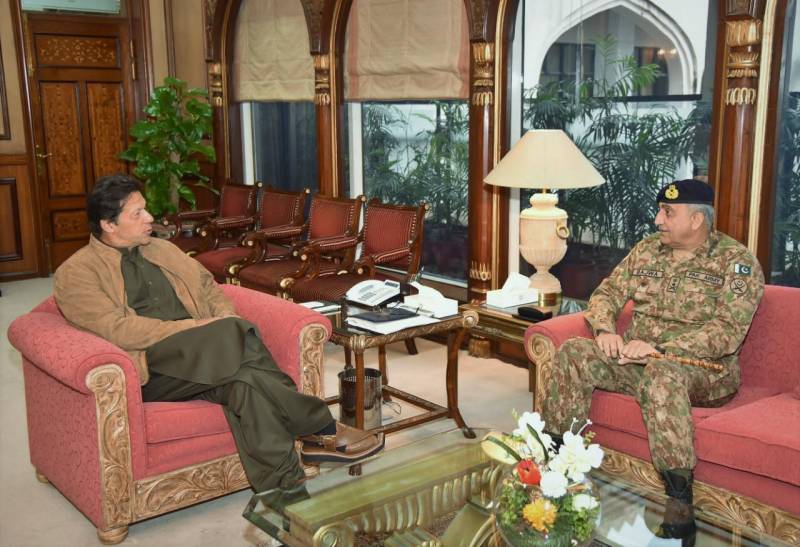 ISLAMABAD – Prime Minister Imran Khan says Pakistan has no aggressive aims against any country but will continue the use of right of self-defence.

He made these remarks during a meeting with the country’s army chief, who called on him at PM Office on Monday.

Chief of Army General Qamar Javed Bajwa discussed the matters pertaining to the internal and external security situation in Pakistan with the prime minister, who said the nation has complete confidence in the country’s armed forces.

The meeting came hours before Indian forces resorted to unprovoked firing across the Line of Control (LoC), killing at least two civilians including a woman.

Four others sustained injuries in the cross-border fire by Indian troops targeting the civilian population in Chakothi sector of Jhelum Valley district along the de facto border, the military’s media wing said in a statement on Monday.

RAWALPINDI – Indian troops resorted to unprovoked firing across the Line of Control (LoC) on Monday, killing at least ...