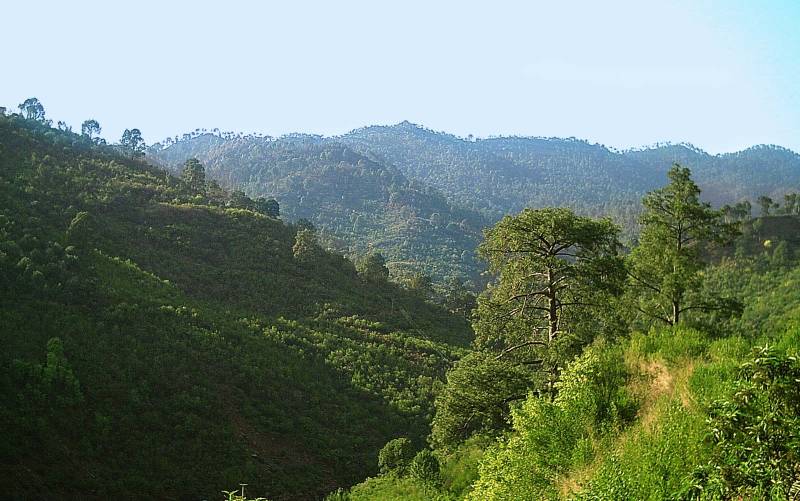 Pakistan’s favorite holiday destination – Murree Hills – has finally received a green signal for development it has been awaiting for quite some time now.

Murree has long been a go-to destination for citizens looking to liven up their days in this scenic hill resort following exhaustion from months of routine chores.

Over the years, numerous commercial, retail, and accommodation facilities have sporadically sprung up along the route leading to Muree from Islamabad. This wayward development not only led to an increase in the area’s population and a subsequent rise in commercial activity, but also highlighted problems such as poor health facilities, inadequate sewerage systems and most importantly, inaccessibility of potable water.

But the town’s fortunes appear to be changing for the better, with the area starting to garner the authorities’ attention. Last week, Prime Minister Nawaz Sharif directed the Punjab government to consider developing another expressway between Murree and Islamabad.

With a remarkable rise in tourist population in Murree, the town’s main Mall Road is almost always jam packed with tourists arriving from all corners of the country. Miles-long traffic jams are a norm in peak tourist seasons, and it was to counter this inconvenience that the PM asked the government to also consider running a cable-car service from Bastal to Pindi point and from Kotli Sattian to Patriata.

Nawaz also approved a PKR 7 billion-bulk water supply scheme for Murree that will hopefully resolve the area’s water woes. The development project will lay a 30 km-long water pipeline from River Jhelum to Murree in about 18 months.

To make up for limited water resources in the region, the government launched a rain water harvesting system last year to be installed in various government buildings across Muree. Though the programme somewhat helped the locals meet their needs by conserving large volumes of rainwater, the new pipeline is likely to end the area’s water problem for good.

With a new set of roads leading to and running through the hill station and an end to the area’s water worries, immense prosperity is expected in and around Murree soon. The area’s viability and value is expected to grow even more with the construction of a now-approved all-purpose hospital near the general bus stand.

“Property prices in the hill resort town can increase by as much as 100% in a year if the government continues to allow and support urban construction in the area,” Hassan Cheenah, developer of Murree Modern Villages, told the country’s top property e-portal Zameen.com.

As improvements in health, sewage and transport infrastructure become a reality in Murree, experts foresee an even better future for the real estate sector in the area. The government has given a heads-up to all development authorities concerned, all that is needed is the right follow-up on the directions.

A social sciences graduate from LUMS with an interest in culture and socio-poilitical issues. You can contact her at its.namra01@gmail.com