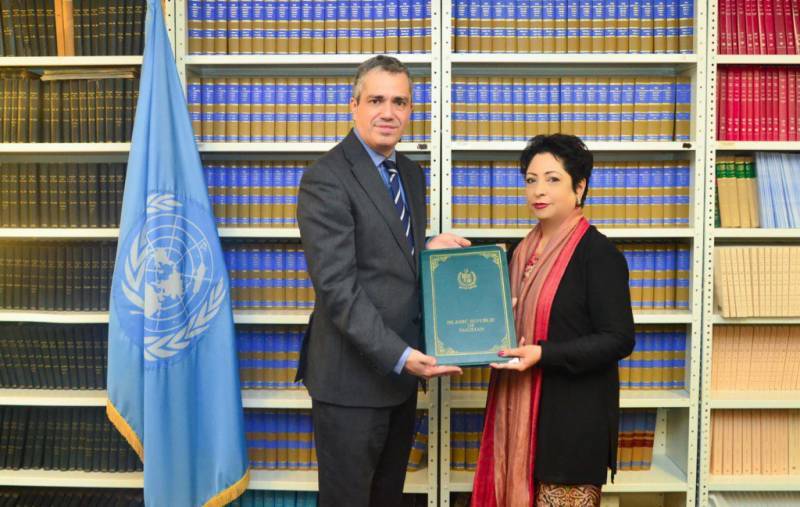 NEW YORK – Pakistan has ratified the Paris Agreement on Climate Change that commits nearly every country to lowering planet-warming greenhouse gas emissions to help stave off the most drastic effects of global warming.

Pakistan's permanent representative to the United Nations, Ambassador Dr Maleeha Lodhi deposited the instrument of ratification signed by the President of Pakistan at a ceremony held at United Nations Headquarters in New York on Thursday.

With today's ratification, Pakistan has become 104th country to ratify the agreement, which entered into force earlier this month. Pakistan had signed the agreement on the first day of its opening for signature in New York in April this year.

I was honoured to deposit Pakistan's instrument of accession to the Paris agreement on climate change at UN today. pic.twitter.com/YngyDkERjV

The conditions for the agreement's entry into force were met on October 5, requiring ratification by at least 55 countries that account for 55 per cent of all global greenhouse gas emissions.

The agreement obliges member states to keep global warming below two centigrade regarded as the threshold for safety by experts and scientists.

Pakistan played a leading role in the climate change negotiations, and Prime Minister Muhammad Nawaz Sharif himself led the delegation to Paris last December where Islamabad joined the international consensus on the agreement.

This ratification by Pakistan also coincides with the ongoing Marrakesh Climate Change Conference, which is intended to take important decisions for the comprehensive implementation of the Paris Agreement and maintain the momentum achieved in Paris. (APP)