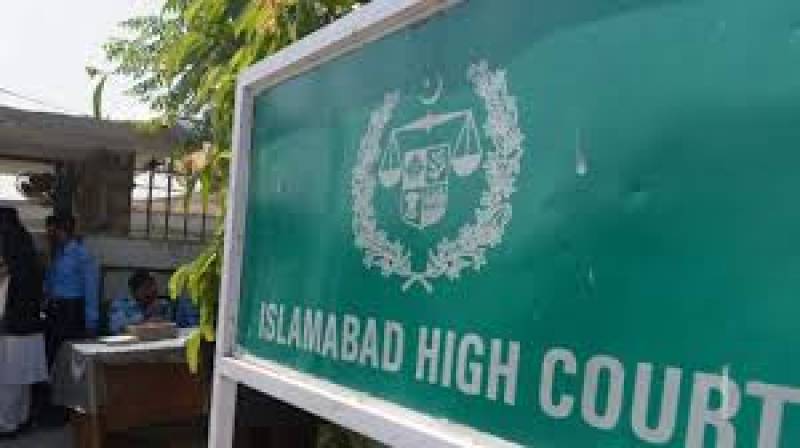 ISLAMABAD - The Islamabad High Court (IHC) on Monday sought a reply from Federal Minister for Aviation Ghulam Sarwar Khan in a petition seeking contempt of court proceedings against him for linking the release of former prime minister Nawaz Sharif on bail with a 'deal'.

IHC Chief Justice Athar Minallah was hearing the petition submitted by lawyer Khalid Mehmood Khan on Saturday in which the petitioner while referring to a talk show aired on a private news channel says the minister had said that Nawaz Sharif had been released as a result of a deal with the government.

The PML-N supremo was recently released by the same court on bail for eight weeks on medical ground in Al-Azizia corruption case.

The petitioner is of the view that the PTI minister’s views gave the impression that judiciary has played a role in the release of Sharif from jail.

It further states that the remarks of the minister worked“to malign the dignity of this honorable court that accepted the petition and granted bail to Nawaz Sharif for eight weeks hence the statement of respondent No 1 [Ghulam Sarwar Khan] falls in the ambit of contempt of this court.”

During today's proceedings, the petitioner's counsel Advocate Jahangir Jadoon said that aviation minister had talked about the alleged deal in the TV show and had claimed that a fake medical report could be issued.

"The medical board was formed by the government — how can he say that?" Justice Minallah enquired. He remarked that such statements were pushing people to lose confidence in the system.

The court has ordered the minster submit his reply until Thursday.

The high court also decided to club the petition against Khan with contempt proceedings against Special Assistant to the Prime Minister on Information Dr Firdous Ashiq Awan.

Awan who was present in the court pleaded the court not to merge her case with the federal minister, to which, Justice Minallah remarked that she had also commented on Nawaz’s bail on medical grounds in a press conference, which is why the court is clubbing both cases.

Justice Minallah enquired how a federal minister could say that it is a deal, to which, Awan defended that reality was not which is being presented in the court.

Awan, however, said that the PTI minister had not said anything about the medical board.

"You are the appointed spokesperson of the premier. If you don't take action against Ghulam Sarwar Khan that means that the statement was made as a result of your decision” Dawn News reported.

The court then adjourned the case till Thursday.