Security beefed up for Ashura processions across the country 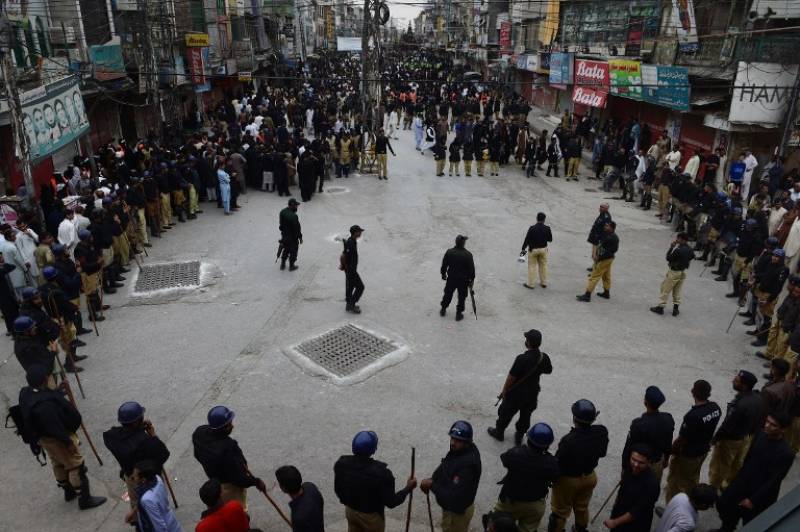 ISLAMABAD (Web Desk) - Federal government and all four provincial governments have chalked out comprehensive security plans in the wake of Ashura (Muharram 9 and 10).

A high-level meeting under the chair of Interior Minister Chaudhery Nisar Ali Khan was held in Islamabad to review the law and order situation during  Ashura.The meeting was told that stringent security arrangements have been made for Ashura processions.

For Islamabad, main Ashura procession will be taken out today and the local administration has finalized all arrangements to maintain peace and tranquillity on the occasion.

Meanwhile, Punjab Chief Minister Shahbaz Sharif has directed the Cabinet Committee on Law and Order to fully implement code of conduct for maintaining law and order during Yaum-e-Ashur.

The Khyber Pakhtunkhwa government has also bolstered the surveillance in the province for Ashura. Over a hundred security cameras have been installed besides twenty four check points to ensure peace.

Chief Minister Balochistan, Nawab Sanaullah Khan Zehri has expressed law and order will be maintained on the occasion of Muharram-ul-Haram in Balochistan at all costs.In a statement, he said that no one should be allowed to disturb law and order situation in the province.

The Islamabad Electric Supply Company has announced uninterrupted power supply to its consumers on Ashura – 9th and 10th of Muharram-ul-Haram. Mobile phone services would also be halted during Ashura in multiple cities.