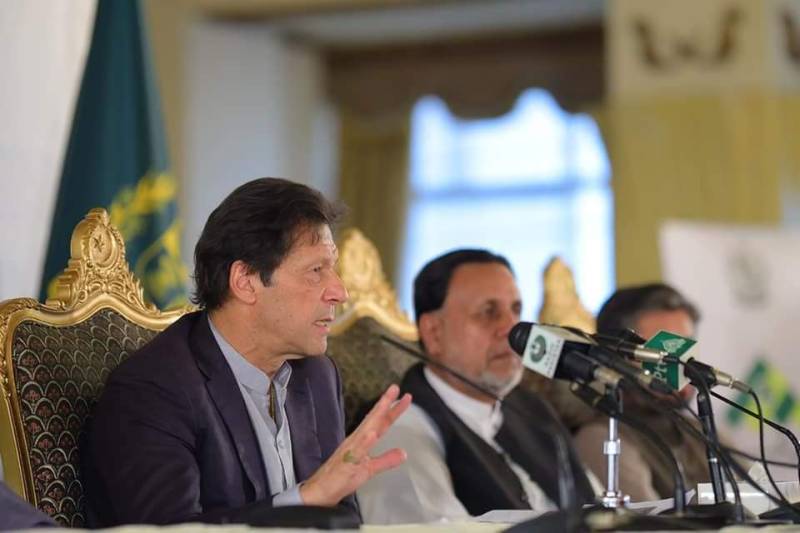 The premier took to Twitter a day after launching the programme at a ceremony in Islamabad and said, “We have launched our most ambitious, landmark housing policy of building five million homes in five years.”

We have launched our most ambitious, landmark housing policy of building 5mn homes in 5 yrs. InshaAllah this will provide affordable houses for our less privileged strata of society, plus 6mn jobs, create demand in 40 industries directly involved in house building & attract FDI.

Addressing the launching ceremony, the Prime Minister announced that the government would provide the land, facilitate and remove bottlenecks and work under a public-private partnership to construct housing units with all basic amenities.

“We want to build houses for those who ordinarily do not even dream of owning a house, as they fall in low-income group and barely manage to find a shelter,” Imran Khan said.

He said the data of federal or provincial lands was being collected and registered by a land bank so that the government could provide land for the housing programme to be undertaken by the private sector.

Initially, the pilot project will be launched in seven cities which include Faisalabad, Sukkur, Quetta, Swat, Islamabad, Gilgit and Muzaffarabad.

The premier had said he will take ownership of the initiative in order to ensure smooth implementation and to remove any administrative bottlenecks.

Economist Mirza Ikhtiyar Baig on Thursday said Naya Pakistan housing Program is an appreciable step of the present government, housing project will revive industries and will facilitate the poor people of Pakistan to materialize the dream of their own shelter.

Talking in a Radio Programme, he said construction of houses for poor people, revival of industry and creating job opportunities is PTI’s manifesto, adding, housing project is a mega project and many sectors are associated with this project.

Economist Humayun Iqbal Shami said, the housing project would not only provide shelter to the poor but will also help in revival of the industry which is directly connected with the construction of houses.

President, Pakistan Economy Watch Dr. Murtaza Mughal also said more than 40% of people in Pakistan are living below the poverty line and are deprived of basic necessities of life including shelter.

This is a great initiative of the government to provide shelter to the people who cannot afford it, he added.

PTI Leader, Abida Raja expressed housing is a major issue in populous province Punjab and owning a house is a dream of a poor man.

The housing project will not only help in materializing their dreams but also help in reviving the industry to retrieve the economy, she concluded.