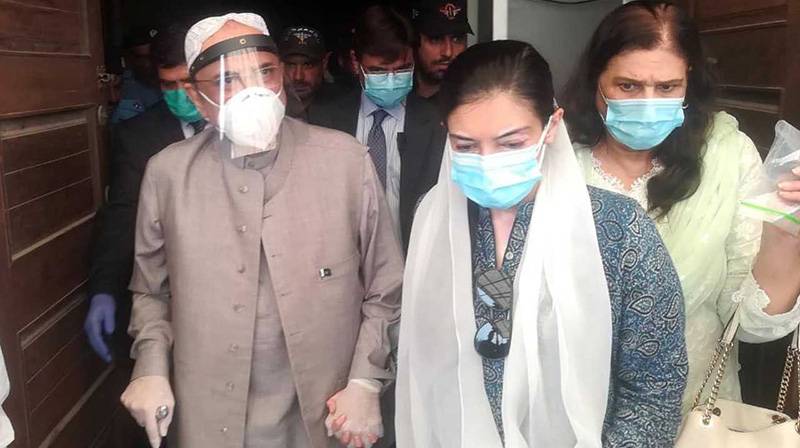 KARACHI - Asif Zardari has been shifted to a hospital in Karachi after he felt unwell,  his party said in a statement on Sunday.

Former president and PPP leader's health is not well for a few days and doctors are conducting his medical check-up and necessary medical tests,” said the PPP in a tweet.

Zardari, who was indicted in two corruption cases earlier this week, has been suffering from multiple diseases since last year.

by the Islamabad High Court.

During a hearing on his bail petition in December last year, his lawyer had informed the court that his client was a patient of ischemic

heart disease, which means that his heart may have an inadequate supply of blood and oxygen.