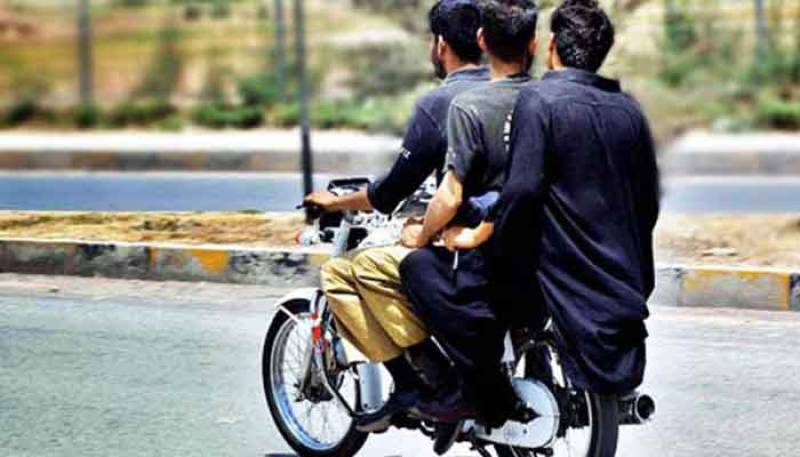 KARACHI - Pillion riding has been banned in Sindh province for 30 days, citing reports that targeted killings in the city may rise and further deteriorate law and order situation.

According to a notification released by the home department on Sunday, the ban has been imposed with immediate effect. "The additional IG Karachi has conveyed that there are some reports that miscreants and disgruntled elements may disturb the peace and create law and order problem in Karachi," read the notification. 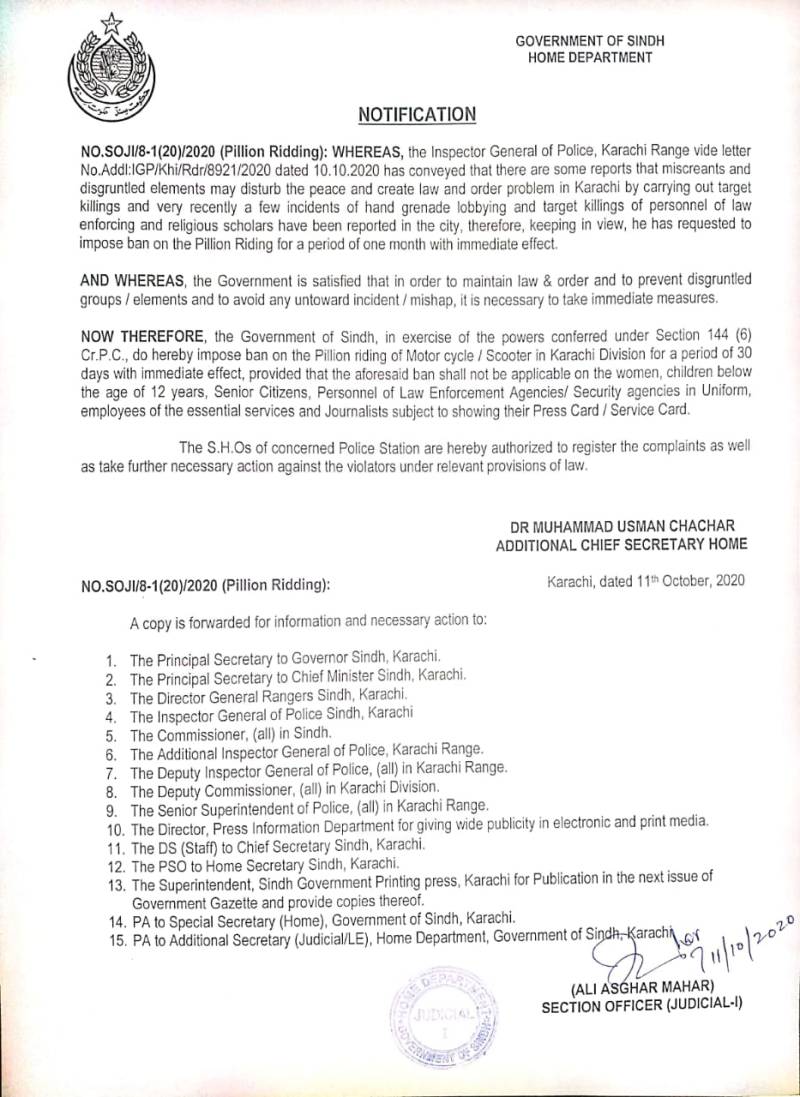 It added that miscreants may carry out target killings and the ban was also imposed as "very recently a few incidents of hand grenade lobbing and targeted killings of personnel of law enforcing and religious scholars have been reported in the city".

The ban on pillion riding has been imposed a day after prominent religious scholar Maulana Adil Khan and his driver was murdered in Karachi.