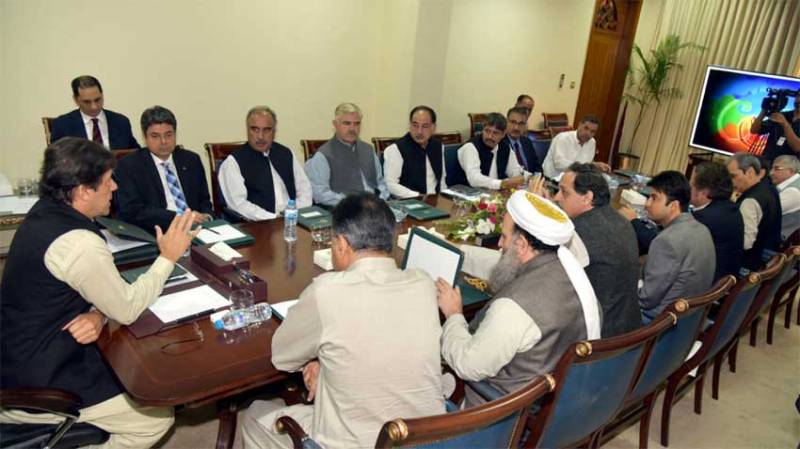 ISLAMABAD - Prime Minister Imran Khan has directed the authorities to formalise the merger of erstwhile FATA with Khyber Pakhtunkhwa province while keeping in view the norms and traditions of tribal people.

Chairing a session on the KP-FATA merger in Islamabad on Tuesday, the premier reviewed the administrative and legal steps on the process of merger taken so far.

PM Imran ordered the authorities concerned to ensure consultation with the tribals over the implementation process. He also directed to provide more employment opportunities to the youth of erstwhile FATA, while ensuring that no one loses his or her job in the lengthy process.

He also emphasised that the fixed quota for tribals in the educational institutions should not be affected.

He also stressed to intensify the efforts for introducing the local bodies system in the erstwhile tribal areas.

Last month, the PM formally formed a task force for Identification of Impediments & Facilitation of the merger of Fata and Pata with KP.

The force is consists of 11 members and is headed by the adviser to the prime minister on the establishment as its convener. Other members of the force are: governor of KP; chief minister of KP; Noor-ul-Haq Qadri, Federal Minister for Religious Affairs; Senator Hidayatullah Khan; federal secretary of SAFRON; chief secretary of KP; additional chief secretary of Fata; representative of MO Directorate in the military General Headquarters; representative of 11 Corps, Peshawar, and Habibullah Khan.