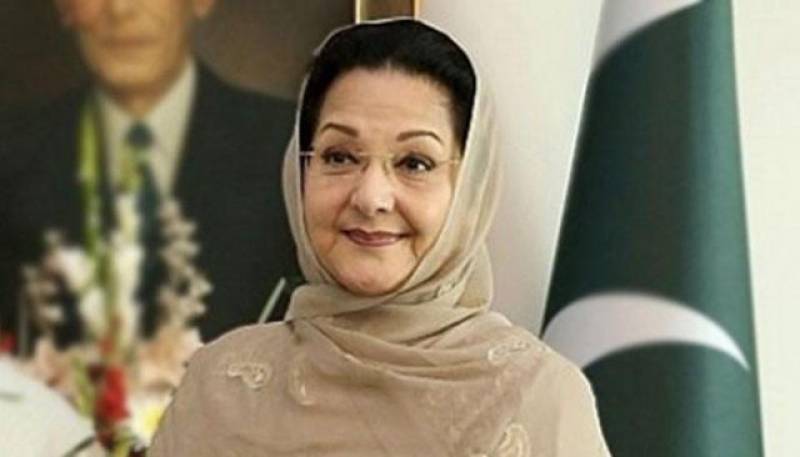 LONDON - Kulsoom Nawaz, the wife of former prime minister Nawaz Sharif, died at the age of 68 on Tuesday in London, months after a cardiac arrest put her to Intensive Care Unit (ICU).

Unseen video of Nawaz engaging with Kulsoom before returning to Pakistan pic.twitter.com/WsGwnNgjIx

In the video, that apparently dates back to July when Sharif was heading back to Pakistan, Nawaz Sharif can be seen struggling to talk to Kulsoom Nawaz, however, there was no response from the former first lady.

Sad to learn of Begum Kulsoom Nawaz's death. She was a courageous woman of great dignity and confronted her disease with fortitude. My condolences and prayers go to the Sharif family.

According to a statement issued by the PM Office, all the facilities within the legal parameters would be provided to the Sharif family.

The High Commissioner in London has also been instructed by the government to extend all the facilities to the members of the Sharif family, added the statement.

The former first lady was rushed to Harley Street Clinic late Monday after her health deteriorated, however, she breathed her last a few hours ago.

Earlier, last year, Begum Kulsoom travelled to the British capital city where she was diagnosed with Lymphoma, prompting Sharif family members to get her admitted to the upscale health facility.

The former first lady, who contested elections from NA-120 Lahore last year, was shifted to the intensive care unit at a UK hospital from the emergency unit after her condition deteriorated ahead of Eid ul Fitr.

Currently, she was admitted to the Harley Street Clinic in London after she suffered a cardiac arrest; she could not regain consciousness for an extended period of time despite being under strict surveillance. 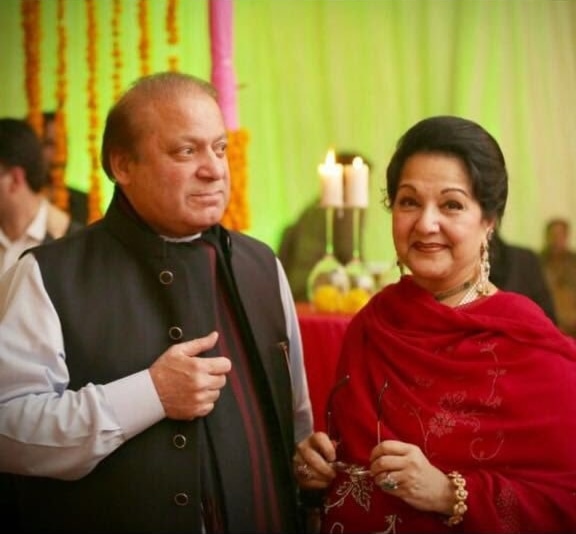 Many political leaders including Pakistan Tehreek-e-Insaf Chairman Imran Khan had responded to a request made by Maryam Nawaz, leader of Pakistan Muslim League-Nawaz (PML-N), for prayers.

Former Prime Minister Nawaz Sharif and his wife Kulsoom Nawaz celebrated their 47 years of marriage in April, with their daughter Maryam Nawaz sharing the pictures of the occasion.

My parents celebrated their 47th year of togetherness Masha'Allah. Together or far apart, two hearts beat as one. In sickness & in health🤝❤️ pic.twitter.com/EHTmjbfcY4

Born into a Kashmiri family in Lahore in 1950, Kulsoom Nawaz attended Islamia College and Forman Christian College University for her graduation. Kulsoom completed her master’s in Urdu from Punjab University in 1970 and married Nawaz Sharif the year after.

The couple has four children: Maryam, Asma, Hassan and Hussain.

Kulsoom also served as the President of  Pakistan Muslim League-N (PML-N) after military dictator put Nawaz in exile by a bloodless coup in 1999 but generally she preferred to avoid media limelight.

She also won the NA-120 bye-polls in September last year after overpowering PTI's Yasmin Rashid though she was not able to practically take part in the election campaign for the seat vacated by her husband.

Kulsoom was not able to take oath as a parliamentarian owing to her illness. She was closest to former premier Nawaz Sharif in terms of relation but was not dragged into the Panama Papers controversy that led to the disqualification of her husband. 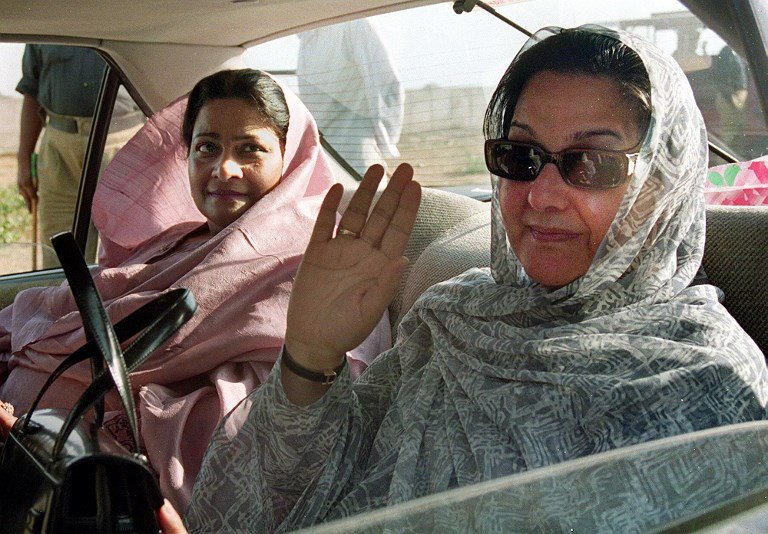 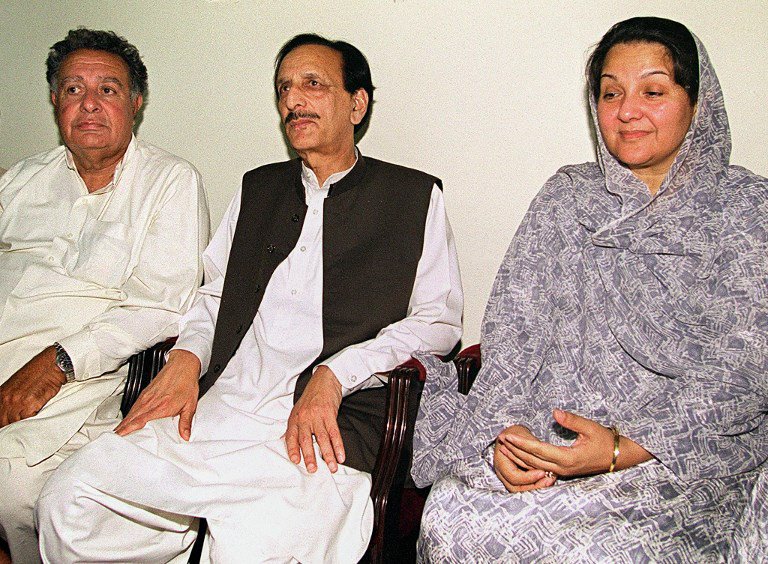 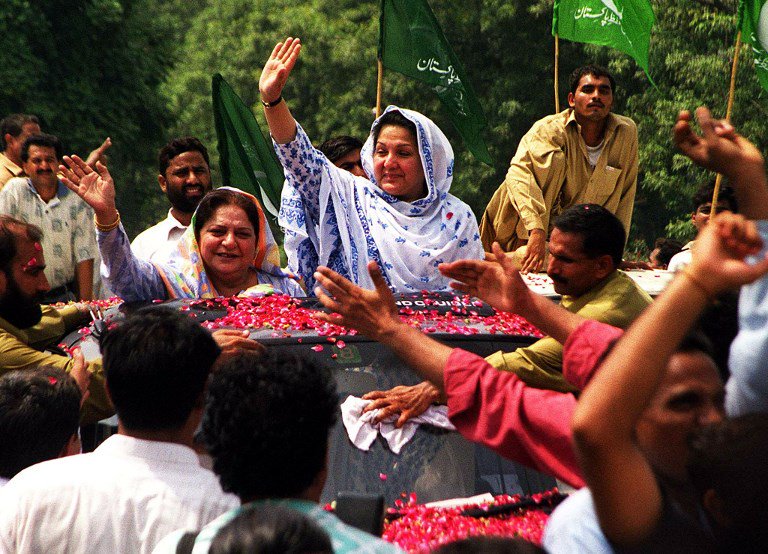 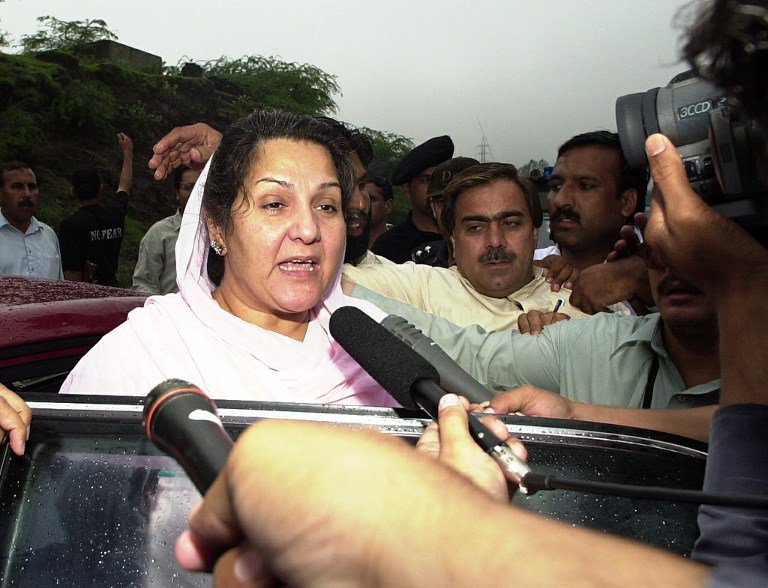 Kulsoom's maternal grandfather Ghulam Mohammad Baksh, better known by The Great Gama, is considered one of the greatest wrestlers of all time.

Currently, her husband Nawaz Sharif and daughter Maryam Nawaz are imprisoned in the Adiala jail in Pakistan.

Political leaders and media veterans expressed their condolences on the demise of the former first lady.

We are Deeply saddened to hear the news of Kulsoom Nawaz's passing.
Our sincere condolences and prayers. May her soul rest in peace. #KalsoomNawaz

My condolences on the sad demise of Begum Kulsoom , she was undoubtedly a nice lady , may Allah swt bless her with Jannah Ameen

Kulsoom Nawaz dies. (May her soul rest in peace).

From PM Office (happening now, as I’m here): @ImranKhanPTI has expressed great sorrow at Begum Kulsoom Nawaz’s death. He was told about her demise while chairing a meeting on Local Govt, just moments ago. He promised legally-bound facilitation by the gov for the Sharifs.