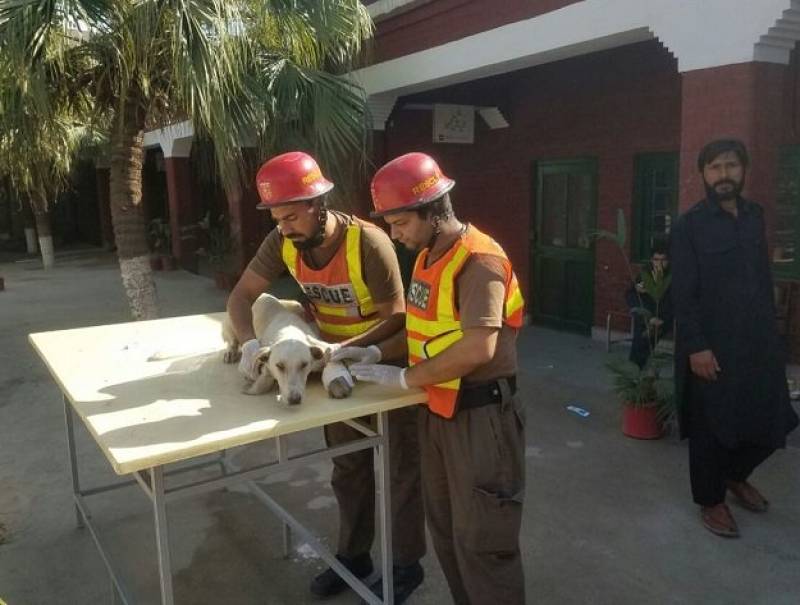 PESHAWAR - In a matchless show of professionalism and humanity, Rescue 1122 workers saved life of a wounded dog by providing it immediate medical treatment in Peshawar.

According to a spokesperson for rescue service, Bilal Faizi, a call was received on Tuesday by the control room that a dog was lying injured in a precarious condition at Bacha Khan Chowk.

People such as these restore my faith in humanity and this country. Rescue 1122 workers in #Peshawar got a call from someone who said a dog was lying on the road unable to move . They then provided him first aid it & took took him to the hospital. pic.twitter.com/dDhtgygtAk

According to an official statement, the rescue workers acted promptly on the call and rushed to the site, providing first aid to the canine before shifting it to a nearby veterinary care unit. 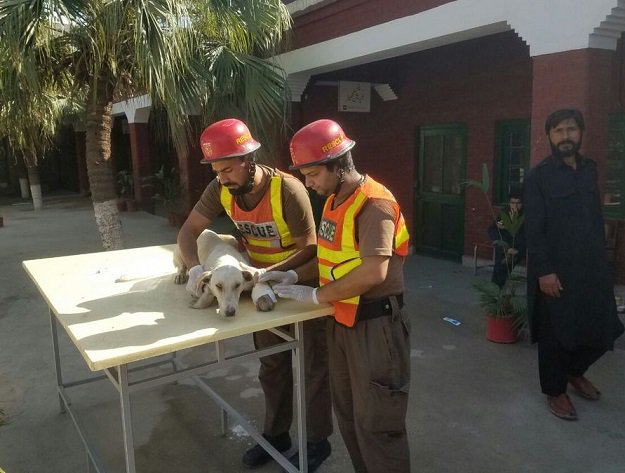 Residents in the Khyber Pakhtunkhwa's capital, as well as social media buffs, lavished praise on the Rescue 1122 team.