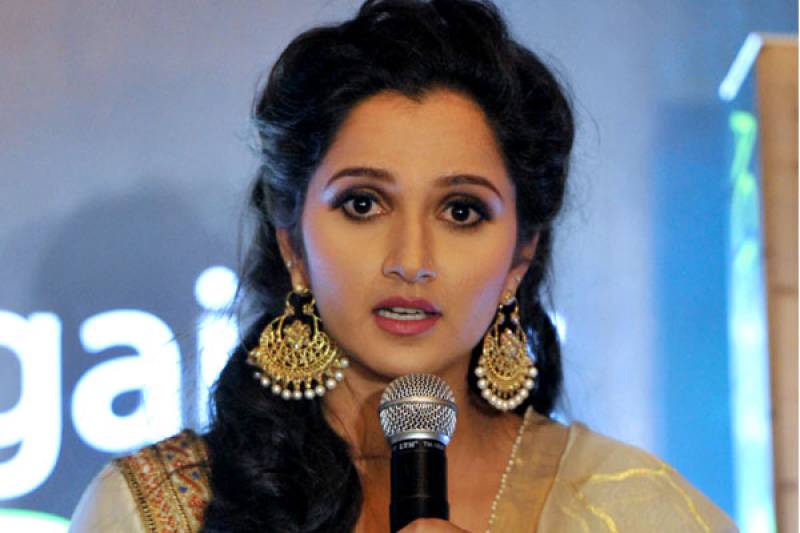 Sania Mirza , like many other celebrities tweeted in support of the terrible news of the rape of 8 year old Asifa Bano in India According to initial reports, Asifa, who went missing in early January was found dead in the Hiranagar tehsil of the Hindu-dominated Kathua district.

Her tweets not only addressed the ongoing rape crisis the country faced;

Is this really the kind of country we we want to be known as to the world today ?? If we can’t stand up now for this 8 year old girl regardless of our gender,caste,colour or religion then we don’t stand for anything in this world.. not even humanity.. makes me sick to the stomach pic.twitter.com/BDcNuJvsoO

But also hoped that justice would be provided to the deceased girl;

Justice needs to be done ... for the sake of keeping our faith in the judiciary and the system alive .. I really hope and pray justice is done .. and soon.. #UnnaoHorror #UnnaoRapeCase

However, it wasn't long till a certain social media coordinator for the BJP  and  nationalist, Kichu Kannan Namo tweeted this gem of a reply;

With all respect madam which country are you talking abt.Last time I checked u had married into Pakistan. You no longer are a Indian. And if u must tweet thn also tweet for the innocents killed by Pak terror outfits..

And Sania Mirza had a befitting response!

First of all nobody marries ‘into’ anywhere .. you marry a person! Secondly NO LOW LIFE like you will tell me which country I belong to.. I play for India,I am Indian and always will be.. nd maybe if u look beyond religion and country one day you may just also stand for humanity! https://t.co/0rF9SwG7WT

Other celebrities like Farhan Akhtar and Riteish Deshmukh also tweeted regarding the issue;

Imagine what goes through the mind of an 8 yr old as she is drugged, held captive, gang raped over days and then murdered.
If you don’t feel her terror, you are not human.
If you don’t demand Asifa get justice, you belong to nothing.

Please do not turn the rape and murder of an 8 year old into a political circus. The religion/politics of the accused or the girl should not be relevant! The only truth is that she is the victim, they are the criminals and there is no excuse for what they have done! #kathua

A 8 year old is drugged, raped & murdered and another one is fighting for justice for herself and the death of her father in custody.
We have a choice either raise your voice or be a silent spectator.
‘Stand up for what is right even if you are standing alone.’#Kathua #Unnao