Thousands of Indian Sikhs arrive for Baisakhi festival in Pakistan 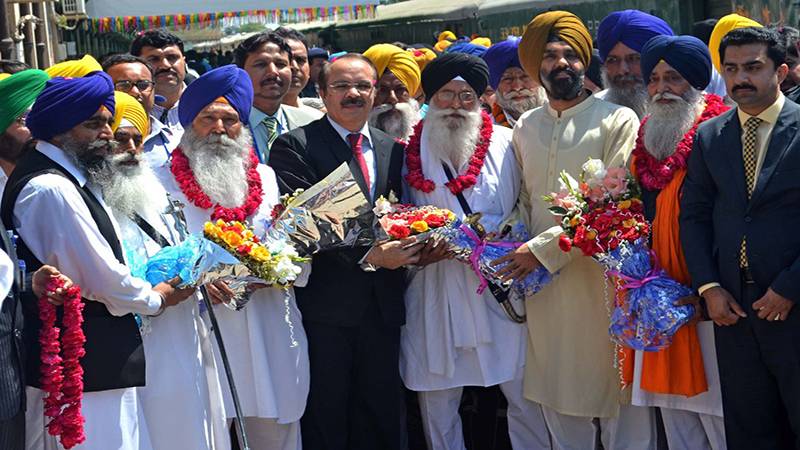 LAHORE - Over 2,000 Sikh yatrees from India arrived at the Wagah railway station on Thursday to attend the 319th Baisakhi festival.

The pilgrims will be taken to gurudwara at Punja Sahib in Hassan Abdal where the festival begins tomorrow (Friday).

On April 16, the pilgrims will go to Nankana Sahib, the birthplace of Guru Nanak, and return to Dera Sahib, Lahore, on April 19. They will also visit Dera Rohri Sahib, Aimanabad, and Kartarpur in Narowal, before they return to India on April 22.

The Evacuee Trust Property Board (ETPB) has made special arrangements to provide free transport, accommodation, and food to the pilgrims during their 10-day stay. Stalls of immigration, customs, and a medical camp have been set up at the railway station.

Tariq present flower bouquets to Sikh leader Sardar Gurmeet Singh and various other prominent pilgrims, who are on a three-day visit to Pakistan to commemorate the birth of Khalsa, commonly known as Baisakhi.