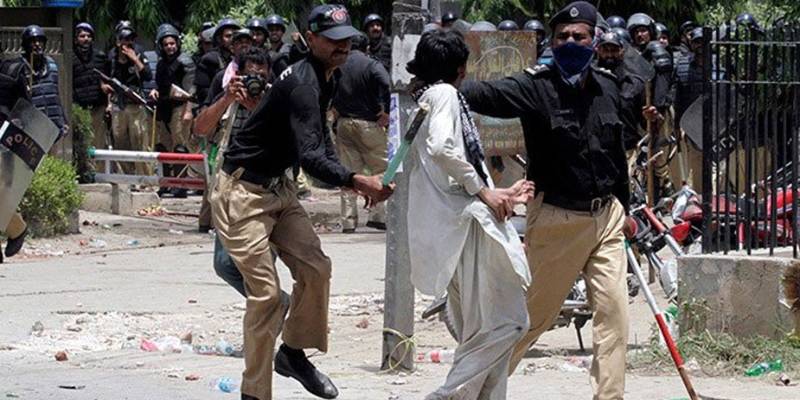 LAHORE - An Anti-terrorism court on Thursday indicted 116 suspects, including officials of police and city administration in Model Town killing case.

The development comes after Chief Justice of Pakistan Mian Saqib Nisar took notice of the delay in providing justice to the families of the victims.

Accused, including DIG, Umar Riaz, Safdar and other officials of the government, have been charge-sheeted by the court, ARY News reported.

In 2014, around 14 people were killed and 85 others injured during a clash between the police and the PAT workers in 2014 in Model Town over the removal of barriers placed around the Minhaj-ul-Quran Secretariat.

However, the anti-terrorism court had, partially accepting the plea, excluded premier, chief minister, provincial law minister Rana Sanaullah and eight other MNAs from the trial.

The court had taken up the case against officials of the police and civil administration.

PAT had staged many protests to get justice and later a judicial commission was also formed to probe the horrific incident. The report of the commission was not made public by the government for three years, until orders from the Lahore High Court in 2017.